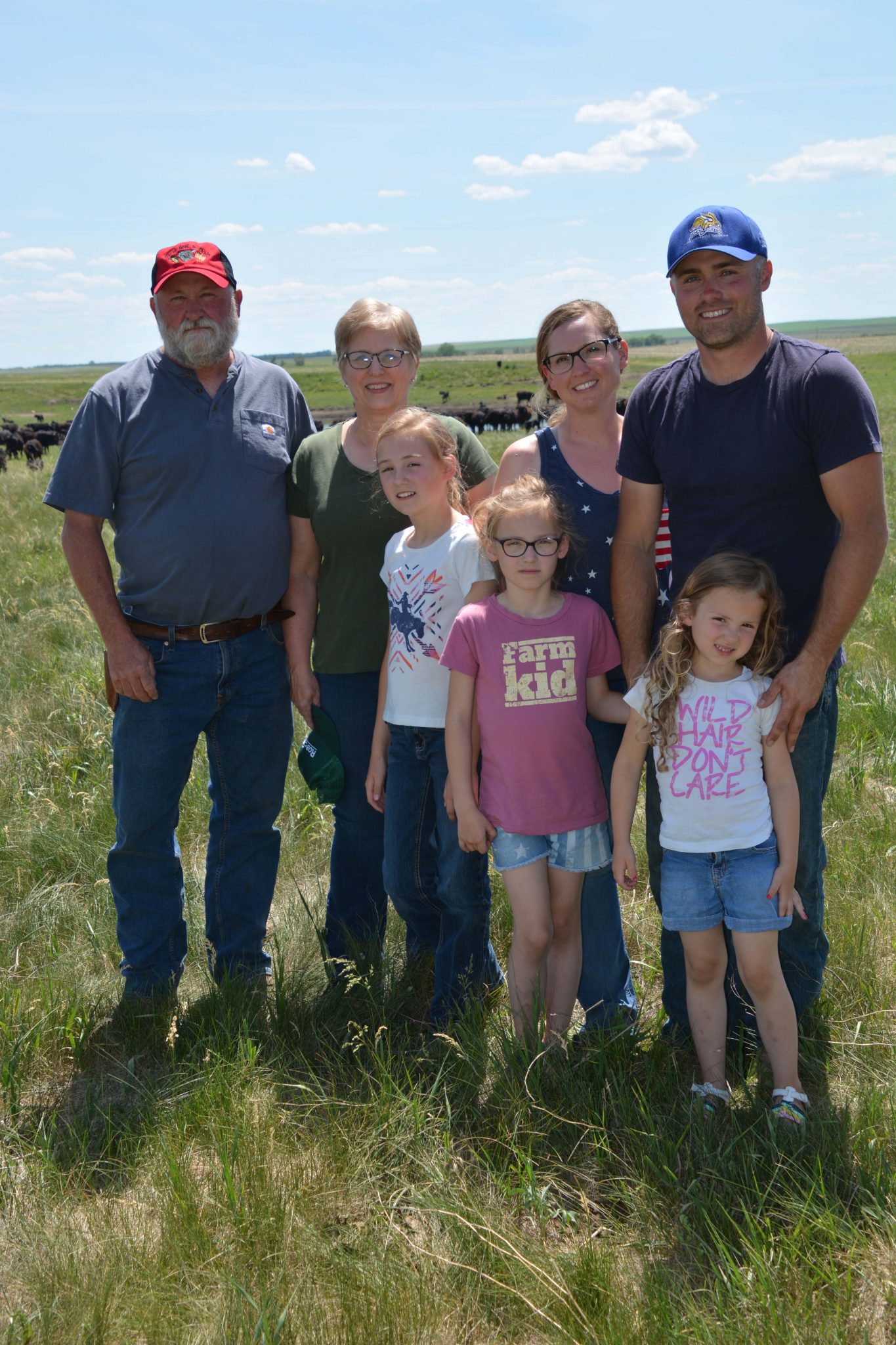 There’s a story from his youth that fifth-generation Jerauld County farmer Josh Bartel says pretty much sums up farming.

“When I was a kid, I had bottle lambs that I named Matthew, Mark, Luke and John. Luke died. I sold John for $50 and thought, ‘This is great! When I sell Matthew and Mark, I will get $100.’ Well, I took Matthew and Mark to the auction and the pair sold for $26. My dad always told me farming is a gamble, but this was when it hit me how much of a gamble it was. Our living depends on the market.”

With a clear understanding of what his future would be like if he chose to make farming his career, in 2006, Josh returned with his wife, Natalie, to farm with his dad, Neal, and grandpa, Irving Stolen.

“With college, Josh and I both experienced city lifestyle for a while, and neither of us liked it. We did not want to raise kids in town,” explains Natalie, who grew up on a farm 9 miles northwest.

Dating since high school, the couple always planned to return to Josh’s family farm. But, they took time out to further their education first. Natalie has a nursing degree from Dakota Wesleyan University and Josh has a general agriculture degree from South Dakota State University.

Today, Natalie spends her days helping on the farm, taking care of their three daughters, Taryn, 10, Kenzie, 7, and Emmie, 4, and she works part-time as a nurse at Avera Weskota Memorial Hospital. Josh and his dad have a backgrounding and finishing cattle operation and raise corn and soybeans on land that has been farmed by descendants of Josh’s mom’s great-grandpa H.B. Reese since 1902. H.B.’s daughter, Emma, married Martin Stolen, who had moved from Norway in about 1910. Martin started farming the land where Neal and Linda live now.

“It’s always been my goal to keep the farm alive and grow the farm as much as we can, but with integrity, take care of the land and be a good neighbor,” Josh explains.

When it comes to caring for the land, the family rotational grazes and has been implementing no-till farming practices since the mid ’90s.

“We have things the generations before us did not have – like soil testing,” Neal says. “When we started soil testing, we started working with an agronomist. With no-till, our organic matter has grown from 1 to 3.9 percent.”

And the increased organic matter, coupled with better seed genetics has paid off in yields. “I have seen a lot of change just since I came back in ’06,” Josh says. “That year we averaged about 75 bushels an acre and we thought, ‘what are we going to do with all this corn?’ Today, yields like that are borderline train wreck.’”

Neal became part of the farming operation when he and Linda Stolen married in 1979. The couple met while they were students at SDSU.

They finished college in 1982 and taking their twin daughters, Nicki and Angie, with them, they moved to the farm.

When they met, Linda knew Neal’s goal was to farm full time. “He always prayed as a kid that he would get to farm,” Linda shares.

But Neal’s family’s Beadle County farm was too small for him to return home to after college.

“When I was real small, my dad told me that if I wanted to farm full time, either land prices would need to change or I would marry into it. I happened to marry into it,” Neal says.

Neal got his start by working for Linda’s dad, Irving, and uncle, Harold. At the same time, he began building up a hog operation.

It was not easy.

“After paying for school, I had $2,500 left over so I bought six sows and started farrowing. It was a complete disaster. The sows had parvo lepto (Porcine Parvovirus and Leptospirosis),” Neal says.

What kept him going? “You can’t give up after the first year,” Linda explains.

After farrowing those original six out, he was able to save 17 pigs. At a neighbor’s farm sale, he bought a 16-crate farrowing barn. “I got good bloodlines, and in 10 years I was farrowing 60 sows and finishing them. We were pushing out a lot of hogs.

Neal continued to build up the farrow to finish hog operation, marketing 800 hogs a year – all the while working full time for Linda’s dad and uncle. Meanwhile, Linda, who is a nurse, worked off the farm.

“Linda’s nursing career allowed our equity to grow twice as fast. We lived on her salary and kept every sow we could to grow the operation,” Neal explains.

In 1993, when Uncle Harold was ready to retire, Neal began taking over his portion of the farm – buying his cattle on shares and leasing his farm ground. With the ever-expanding hog operation, crops and cattle, Neal was stretched thin.

He decided to sell his hog operation. “It shocked me when he told me, ‘we are going to get out of pigs,’” Linda says. “Up till then, for years he had been talking about how we were going to continue building the hog operation up.”

Not able to explain his reasoning, Neal says simply, “It was divine intervention. I got out before the hog market crashed. Right after I got out, hogs were selling for 9 cents a pound.”

Like his dad, when Josh returned to the farm in 2006, he got his start working on salary. Josh says growing up farming with his dad and grandpa gave him a good foundation and a conservative mindset.

“They are both frugal. They never took out an operating loan. So, I am the same way. I have always heard them say, ‘you cannot figure on prices being hot.’”

With five generations of farming experience rooted in Jerauld County soil and climate, the family is also careful when it comes to marketing and choose not to forward contract. “We don’t like to sell anything that is not grown yet or in the bin yet,” Josh says.

“There have been years when we had to windrow corn due to drought,” Natalie explains.

As the family visits about their farm today, they reflect on its beginnings with a solid grasp of its history, thanks to a book written by Linda’s great-grandpa, H.B. Reese, and great-uncle, J.B. Reese.

When her great-grandfather bought the land 15 miles southwest of Wessington Springs in 1902, he wrote, “If the land had seemed poor to us before, now it seemed only worse. We passed a considerable number of empty houses which indicate that the inhabitants had been forced to abandon the land on which these stood. It was in August and dry so that the prairie was quite seared over. …I bought a quarter section of it thinking it might do for pasture. I paid less than $5 per acre for it, so I felt that I could not lose money anyway.”

In addition to the history book, the family also has a vast collection of family heirlooms – farm logbooks, photographs and a grandfather clock featuring scenes from the Norwegian village where the family is originally from – all carved out of wooden fruit boxes by a farmhand. “During the Depression, he worked on the farm for room and board and evidentially thought that was too much, so he carved this clock as a gift to the family,” Josh shares.

And because he and Natalie’s children are now the sixth generation to grow up on the family farm, they get to not only hear the stories from the past, but create stories of their own on the farm, something Neal and Linda love being a part of.

“One of the driving reasons I wanted to retire was wanting to spend more time with my grandkids,” Linda says.

In addition to Josh and Natalie’s girls, their daughter Angie brings her two children, Aubrey, 17 and Evan, 14 back to the family farm often. 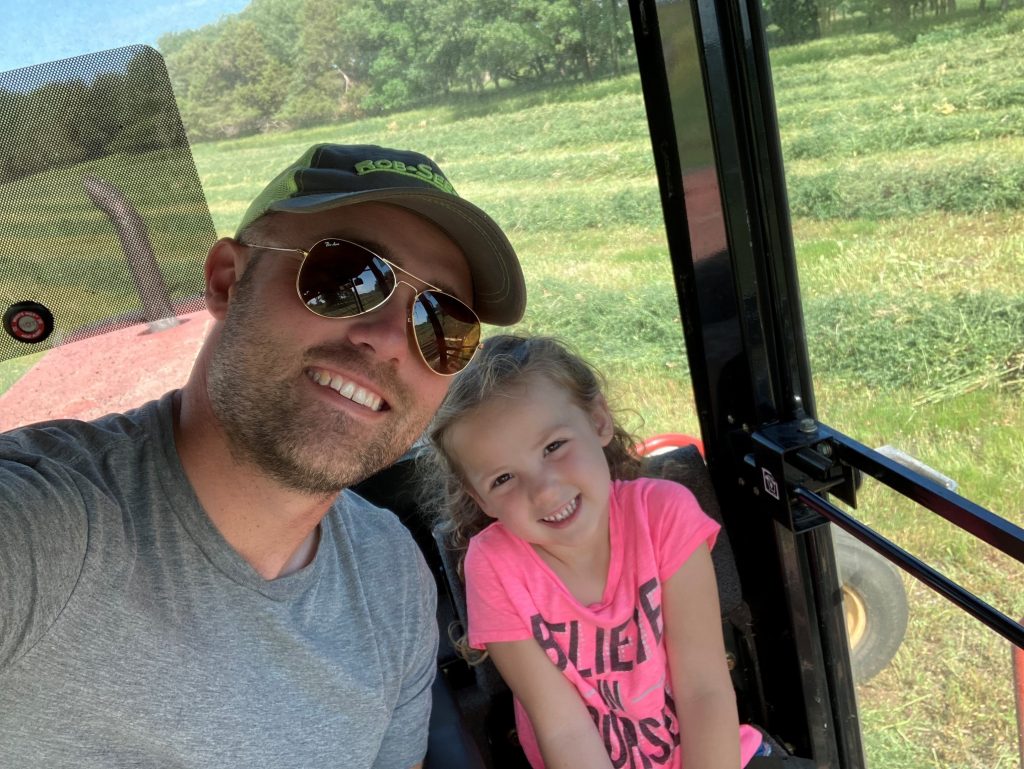 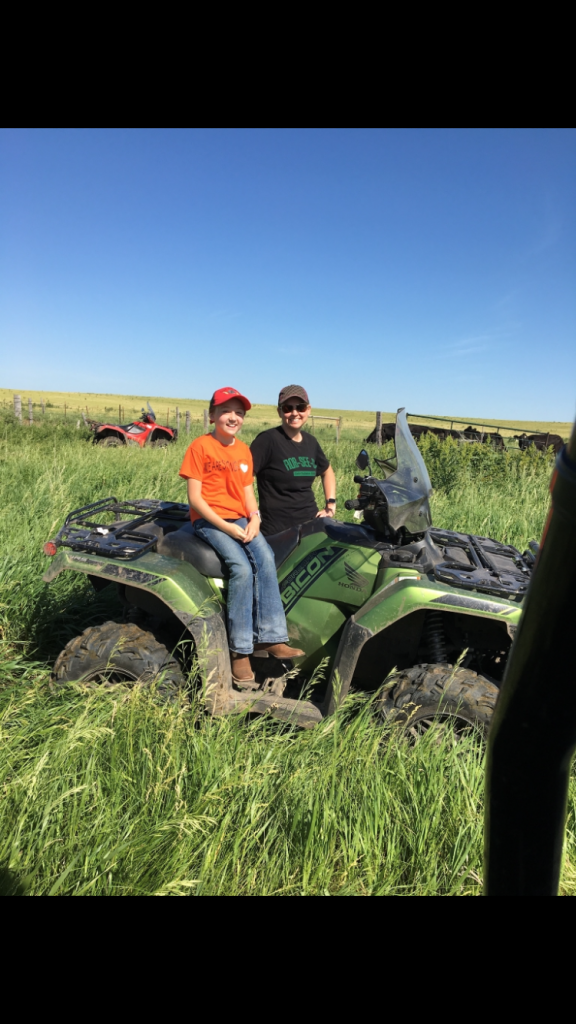 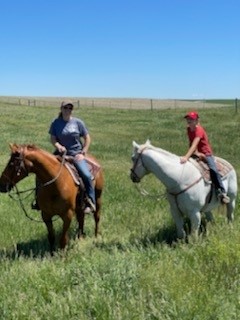 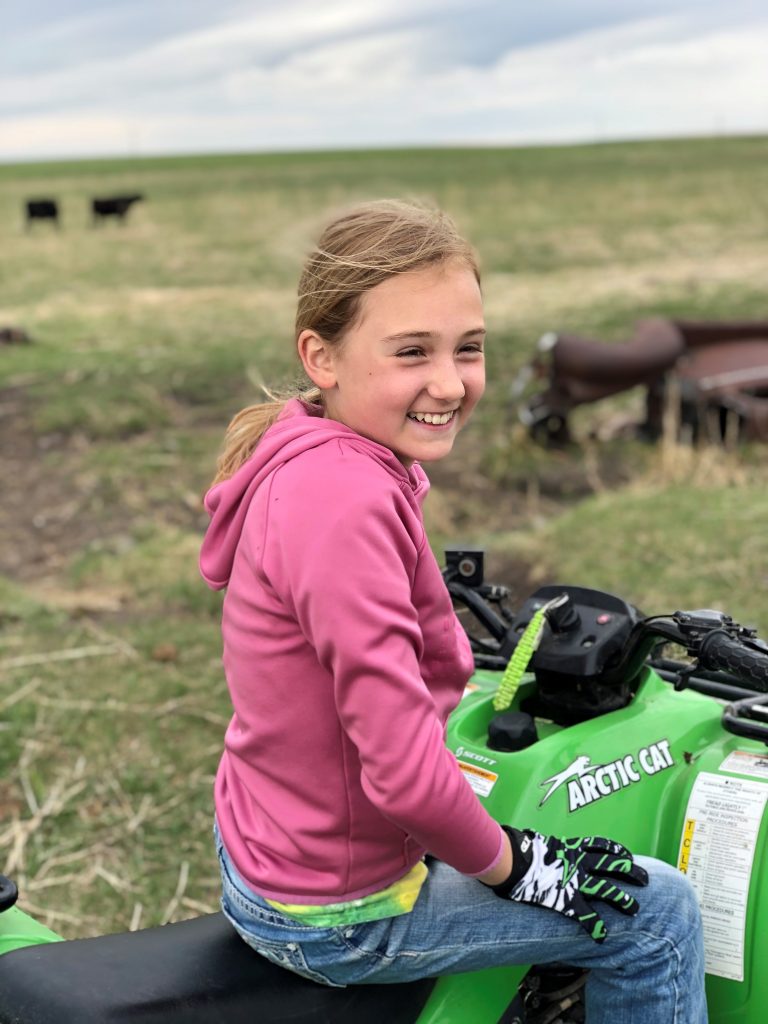 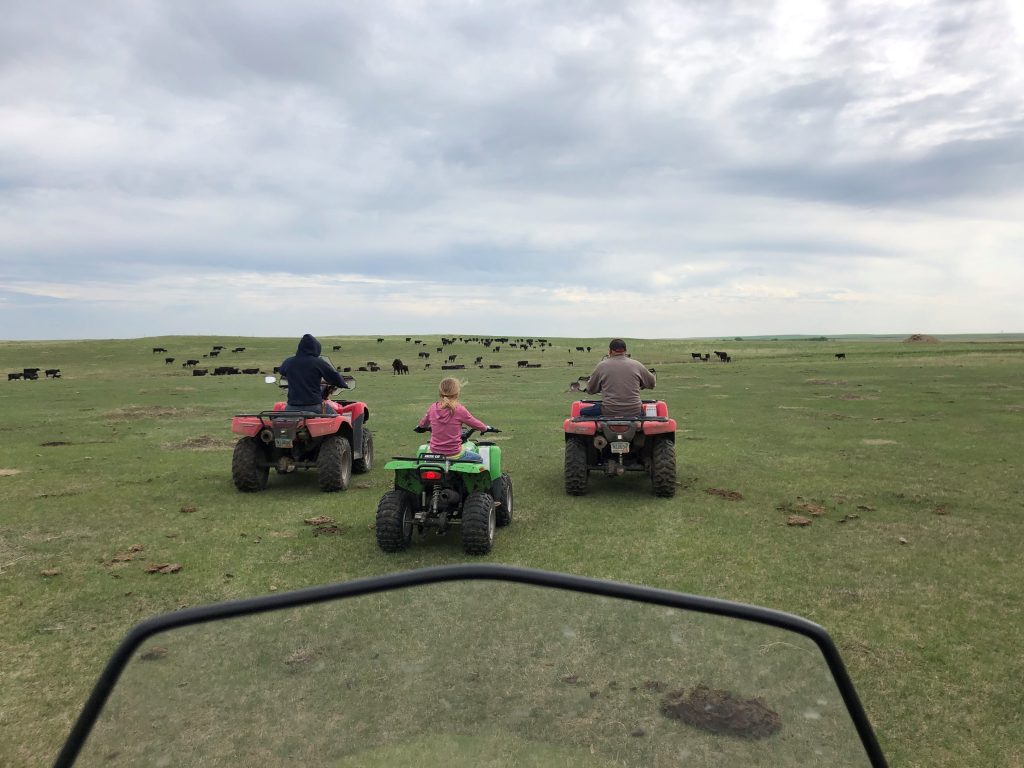 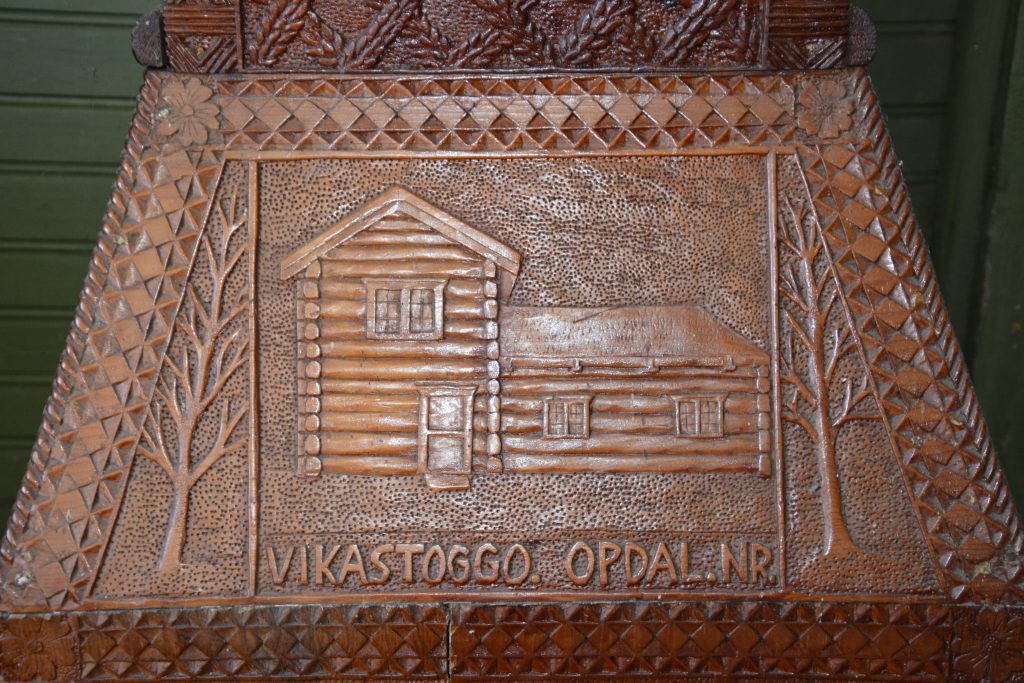 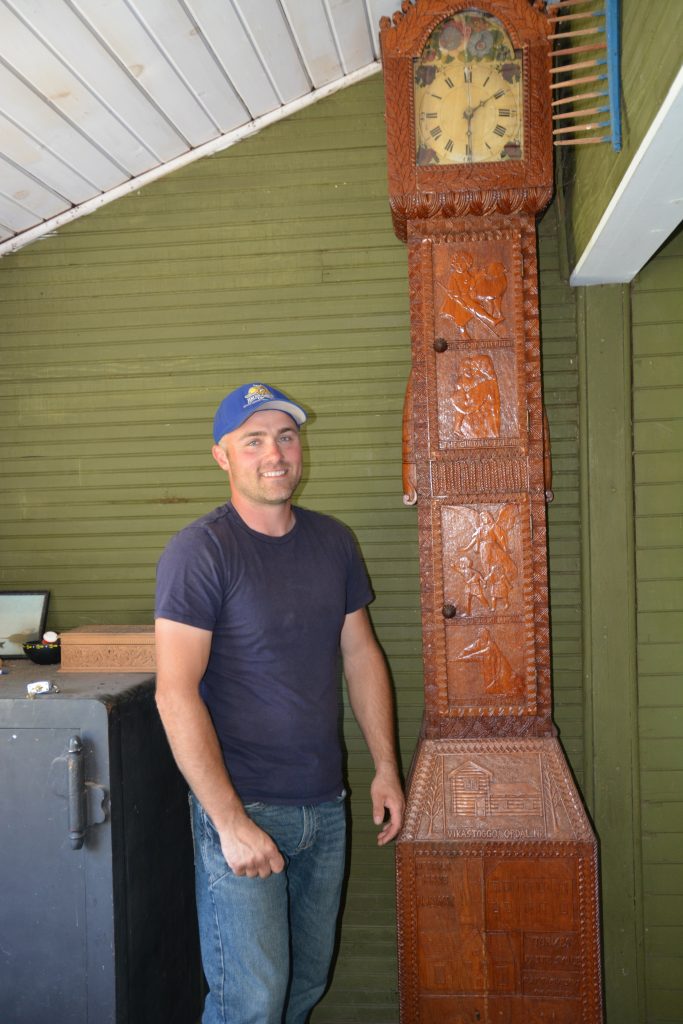 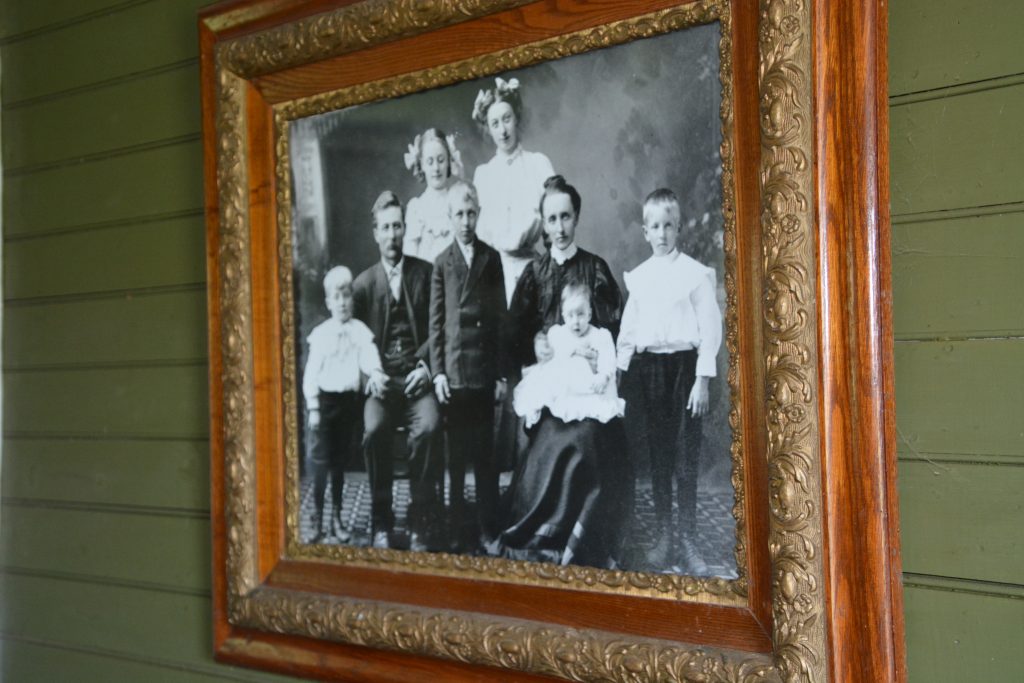 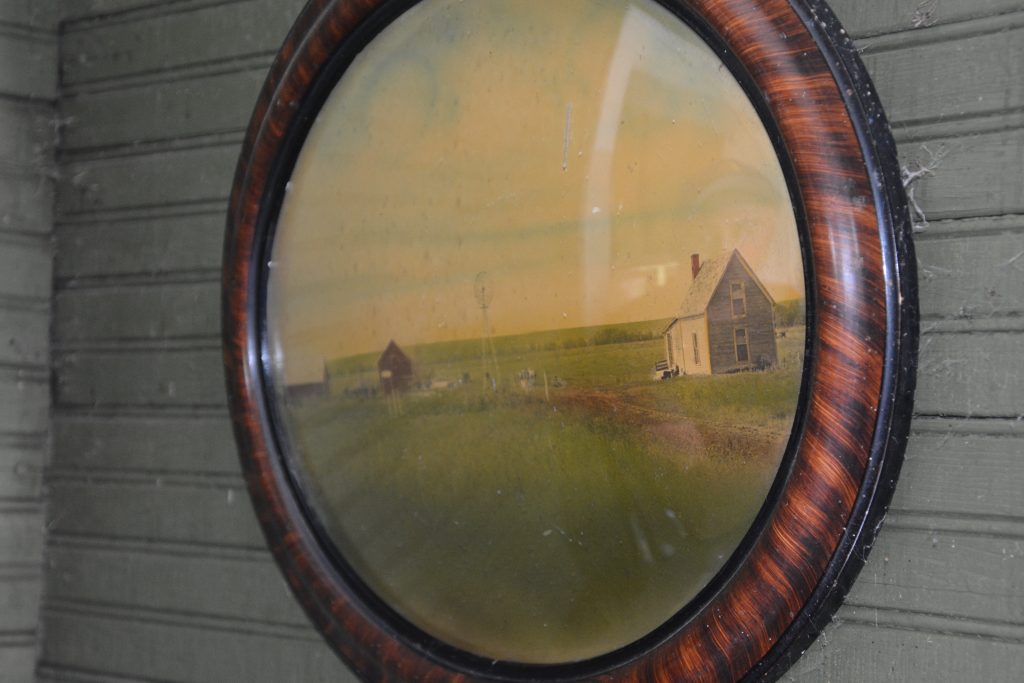 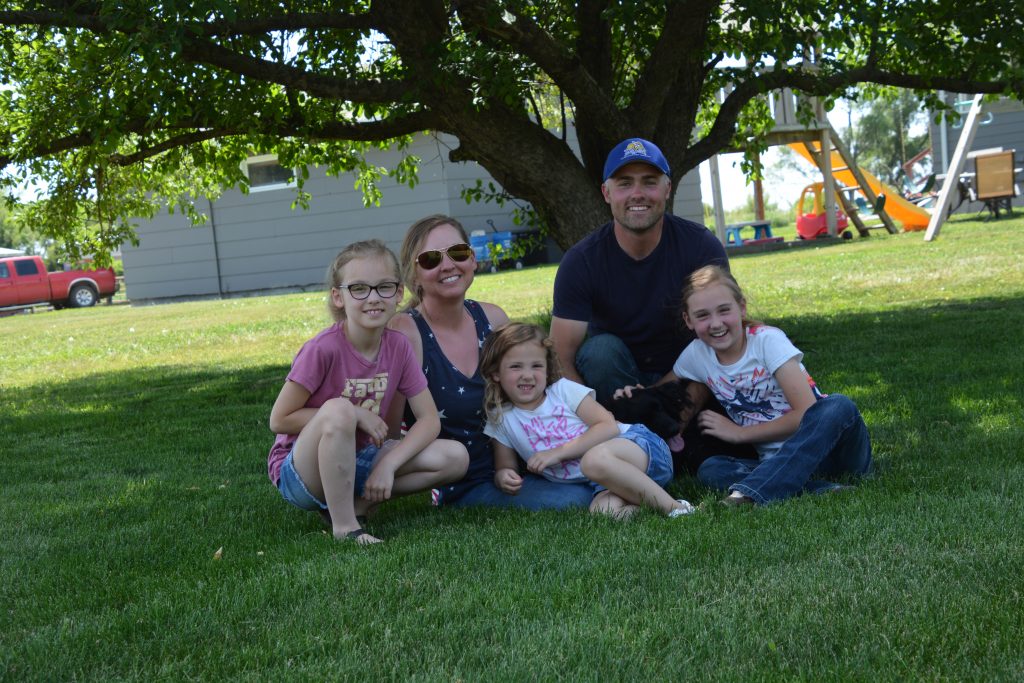 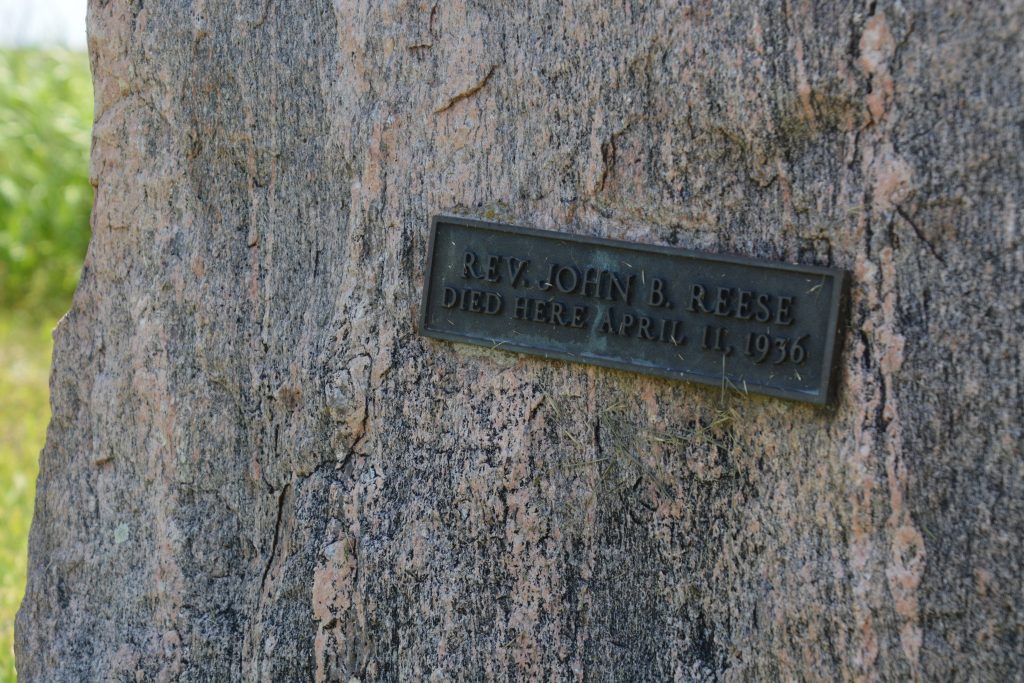 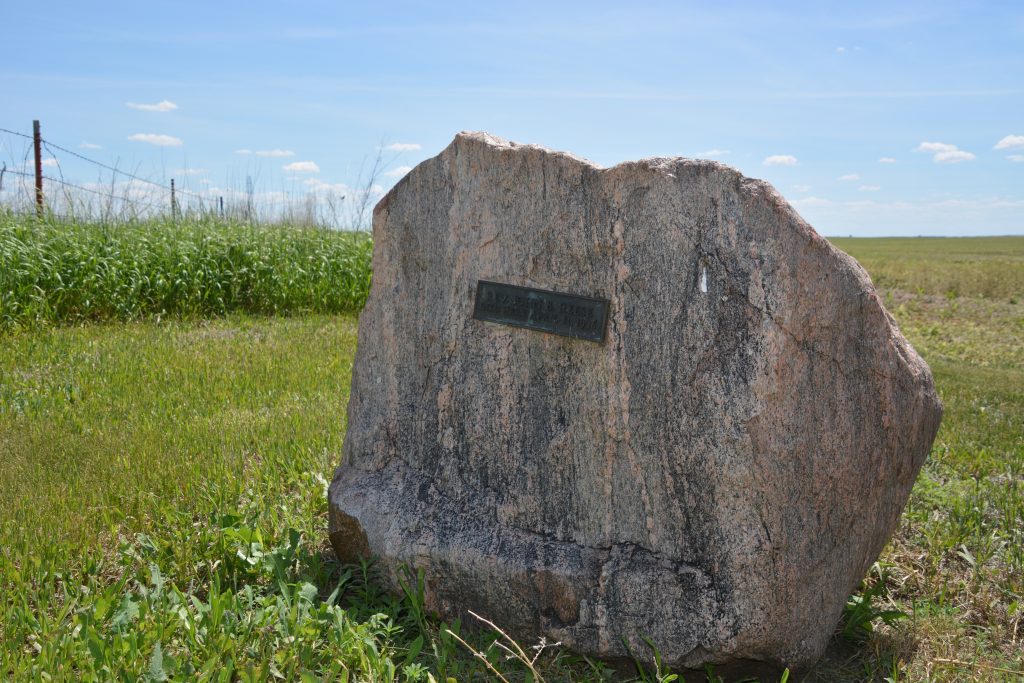 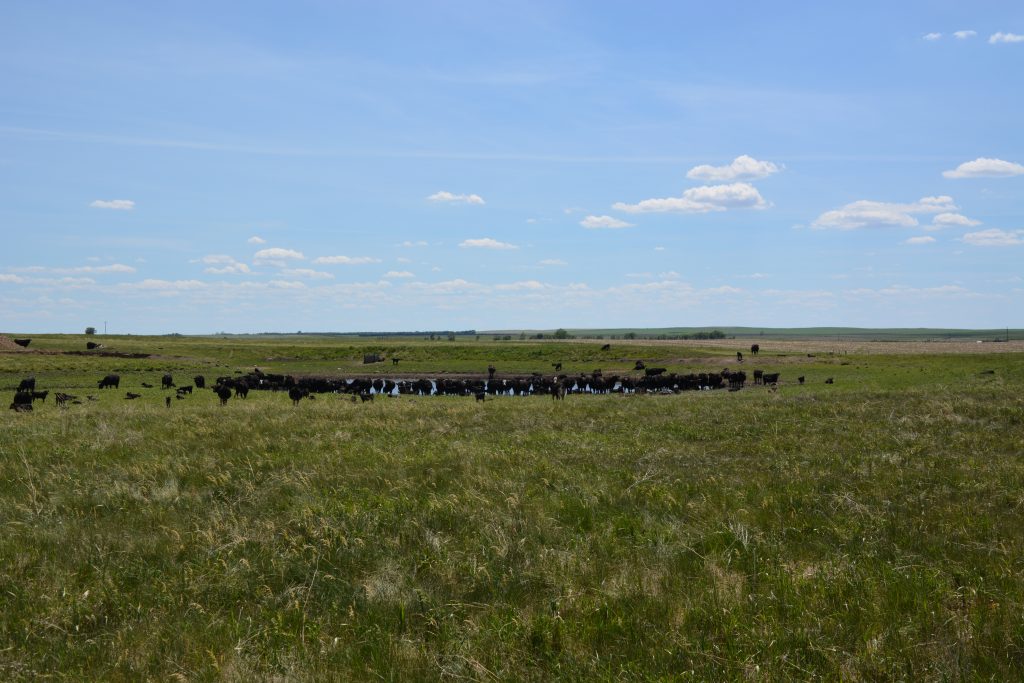 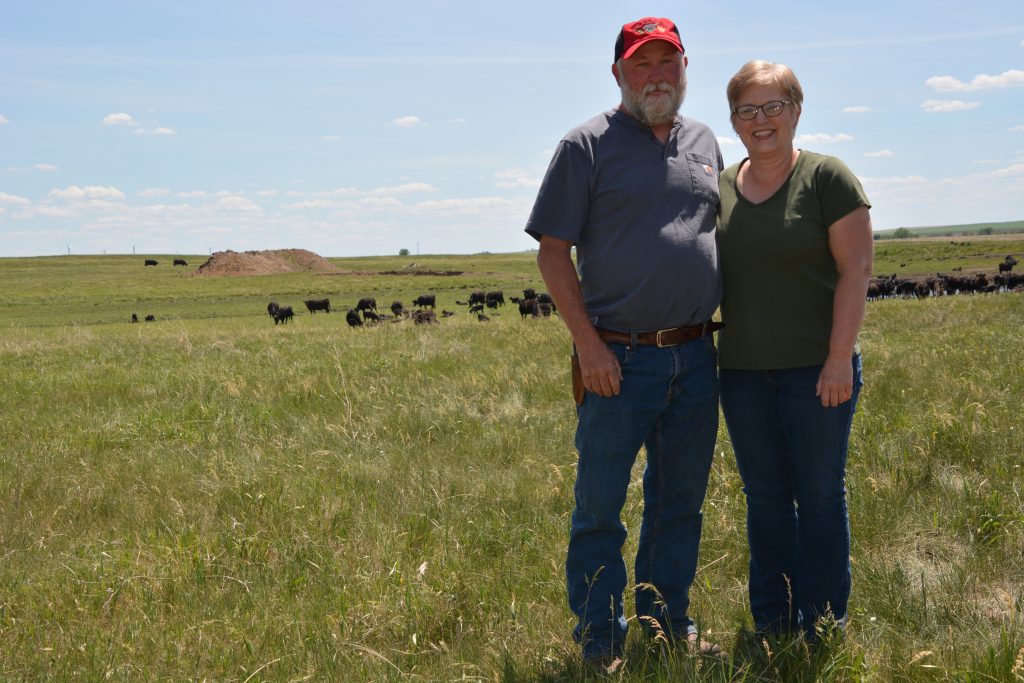 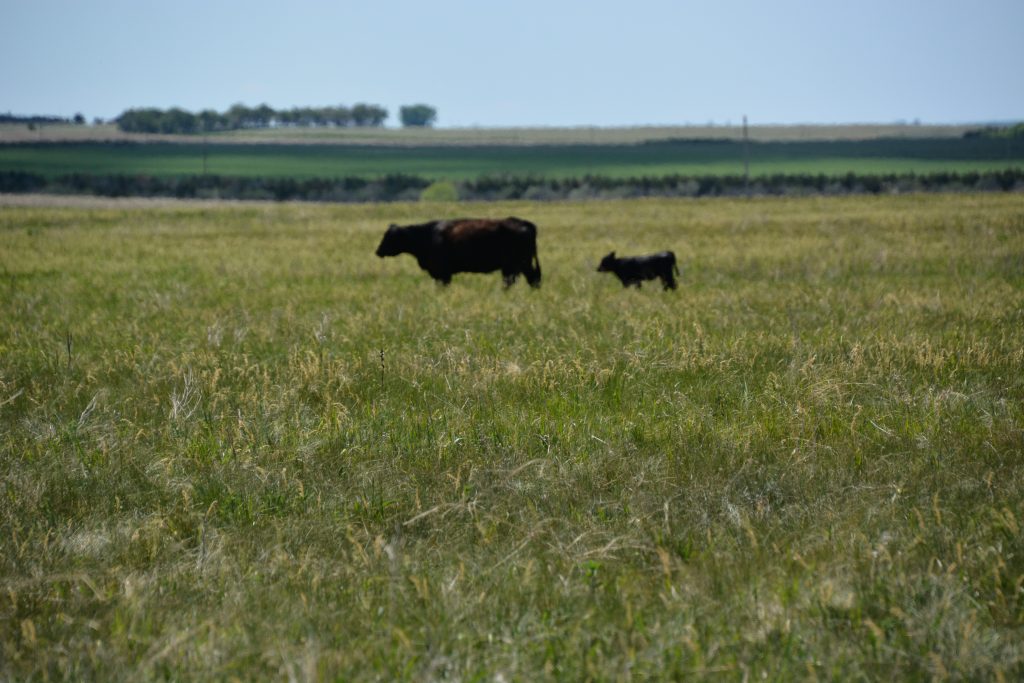 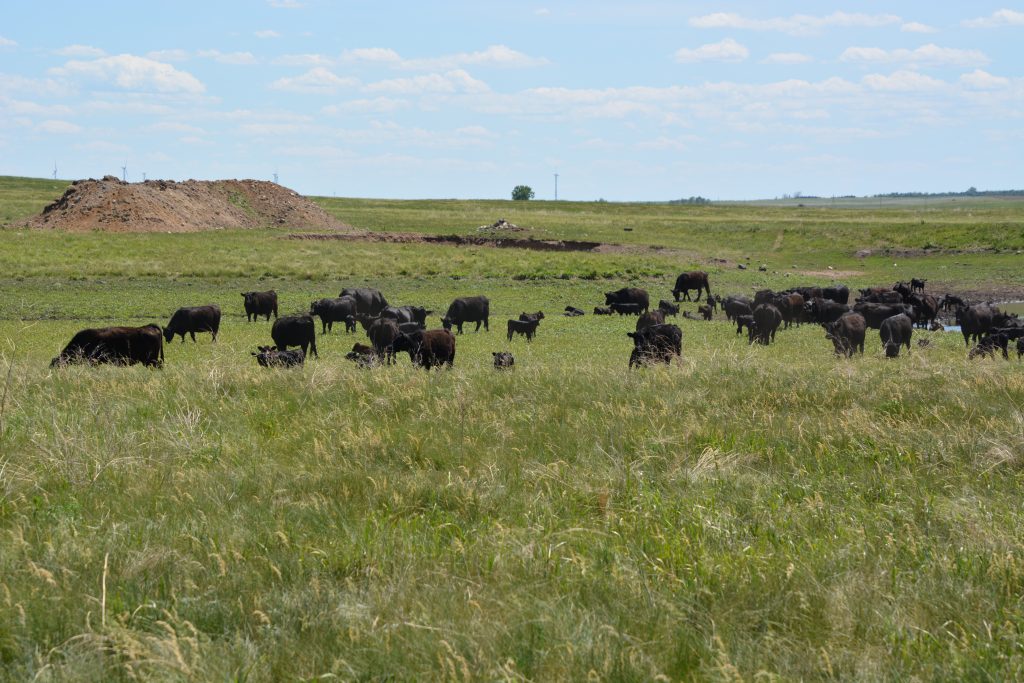 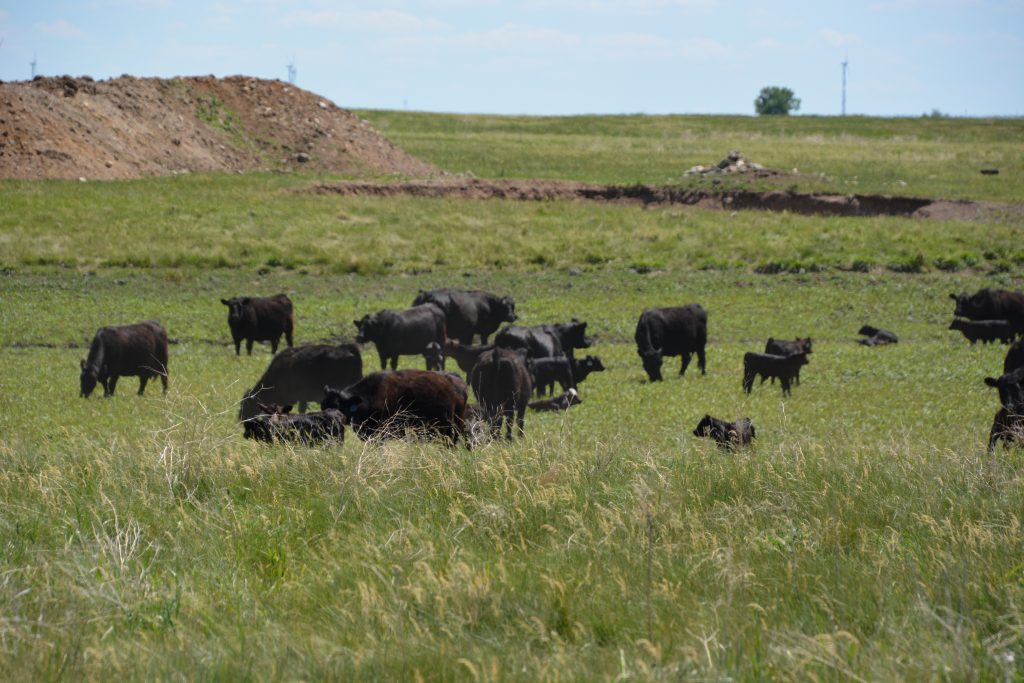 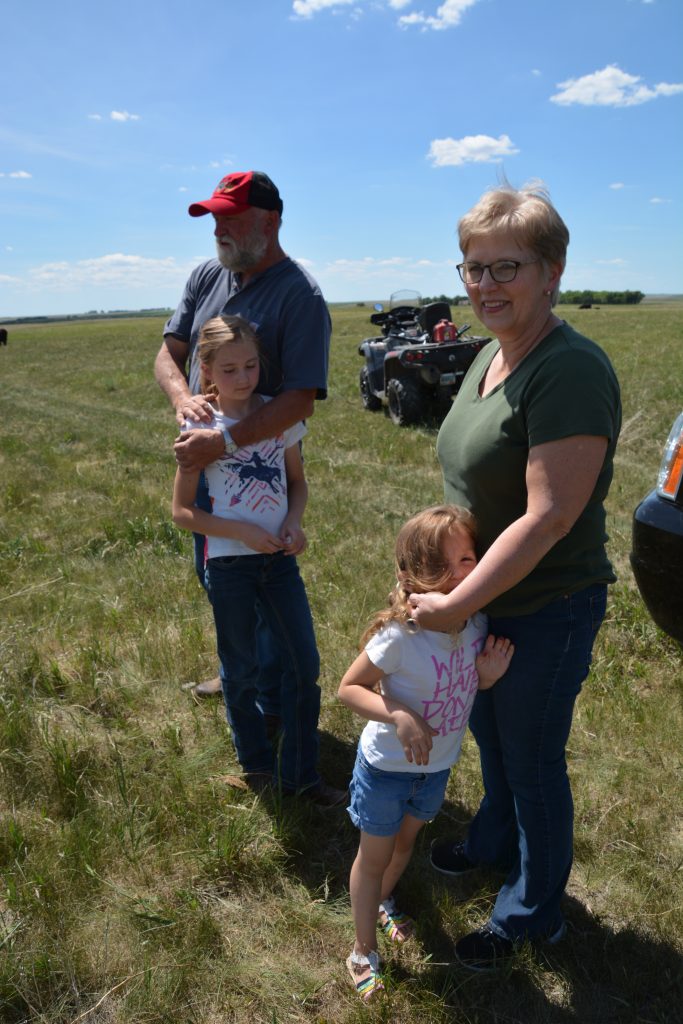 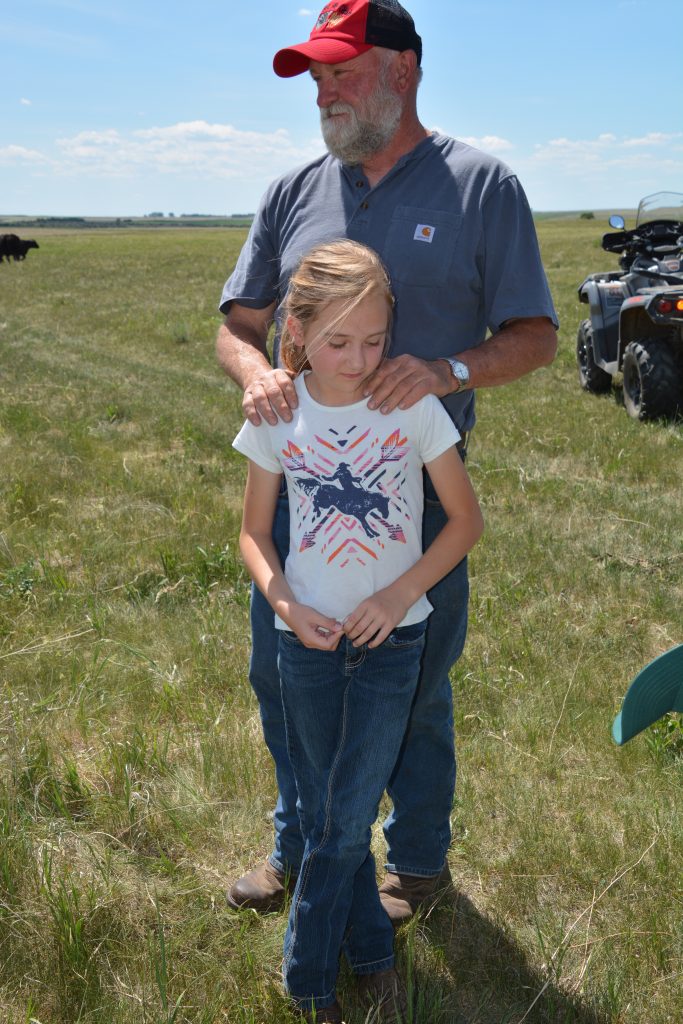 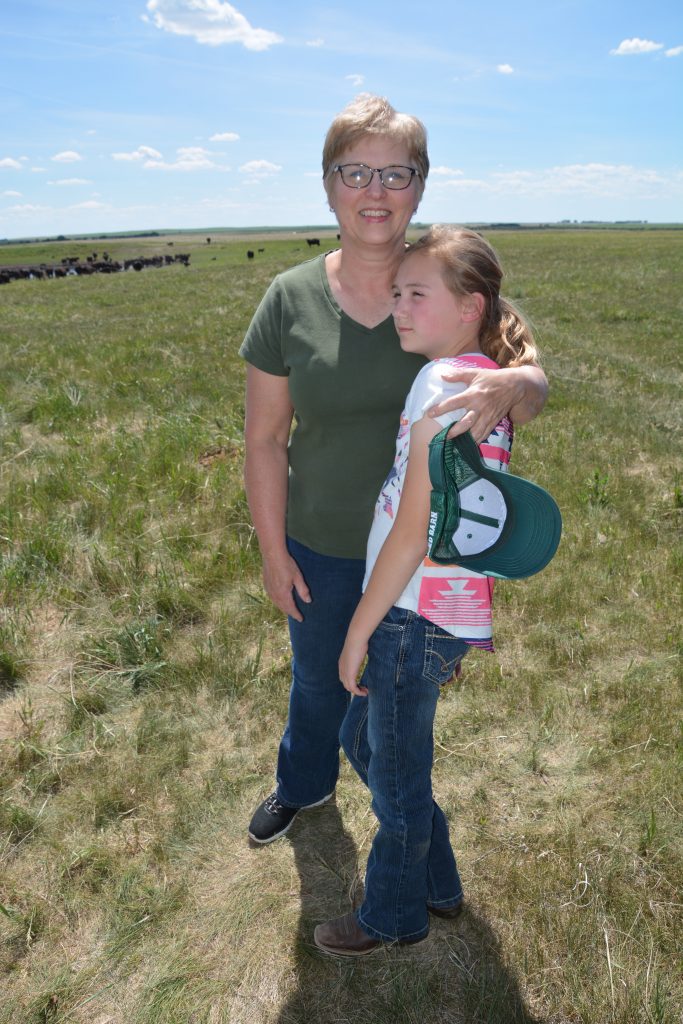