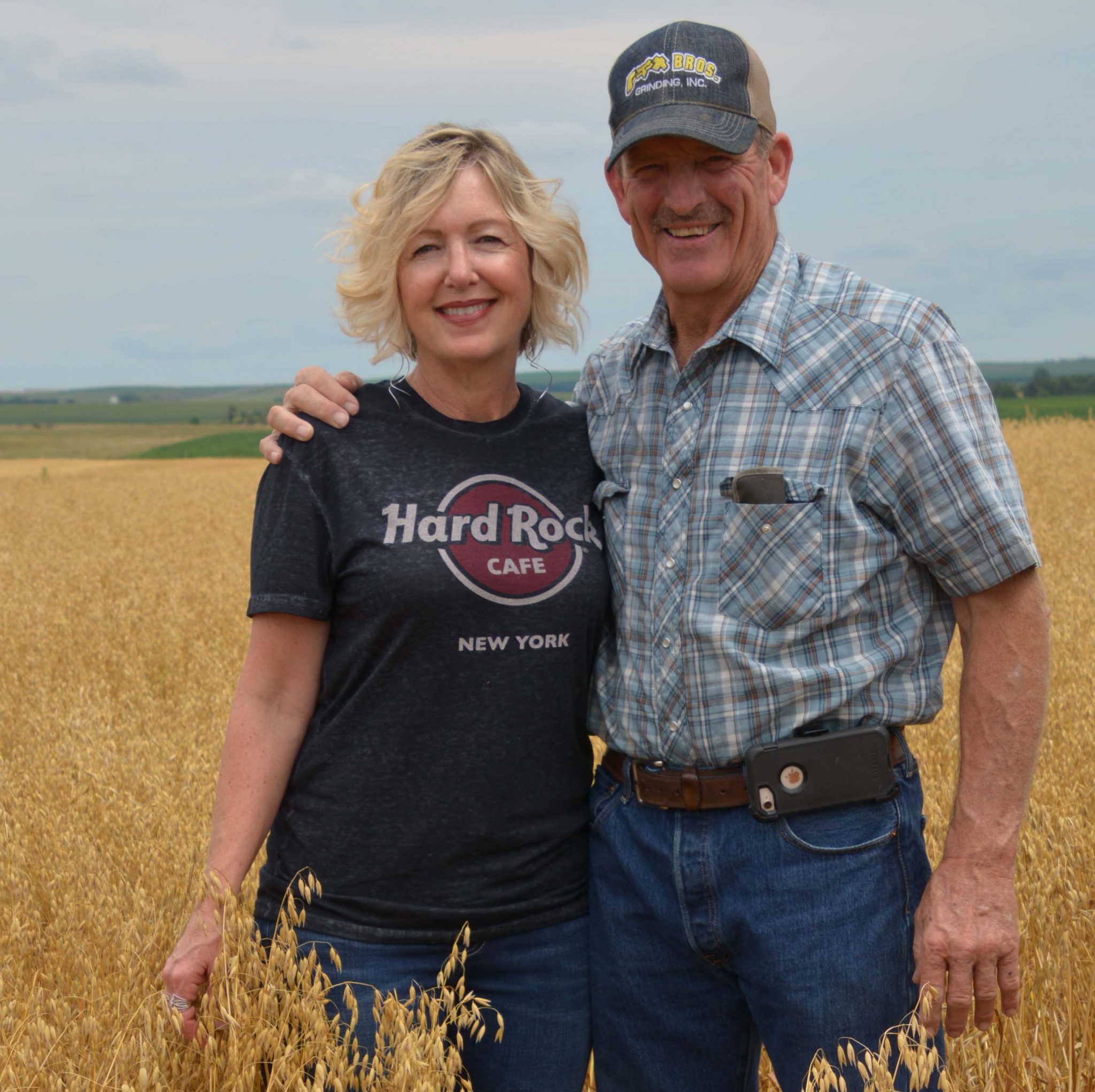 Ask Steve McCance the best date to plant winter wheat, and he responds, “Sept. 20, right after oat harvest. You will get just the right amount of growth so the wheat will not be as apt to winterkill.” Ask him the best time to sell weaned calves, and the Dallas farmer’s response? “The first sale of the year. Buyers have a bit of renewed optimism.”

Steve doesn’t leave much up to chance when it comes to his family’s second-generation farm. “I am diligent about giving every square-inch of land that I plant, and every calf born, the maximum opportunity,” he says.

To accomplish this, Steve develops a plan for each field and follows it to ensure every plant has what it needs to maximize yield potential. He implements no-till and other soil health practices to maximize moisture retention and reduce erosion. He calves early to avoid wet and muddy conditions. He begins his days around 5:30 and may not leave the field until well past dark. Thankfully, Steve says he works with a small team of employees as dedicated as he is – daughter, Taylor, and her husband, Preston Burma; brother, Blaine and longtime friend, Larry O’Connor. 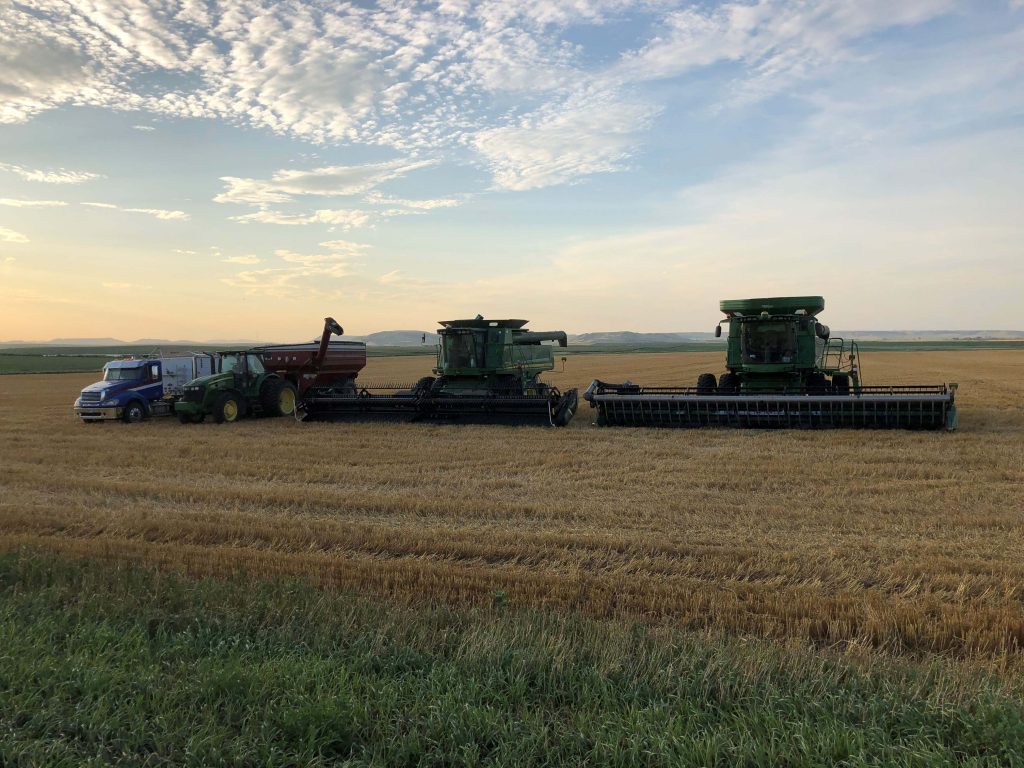 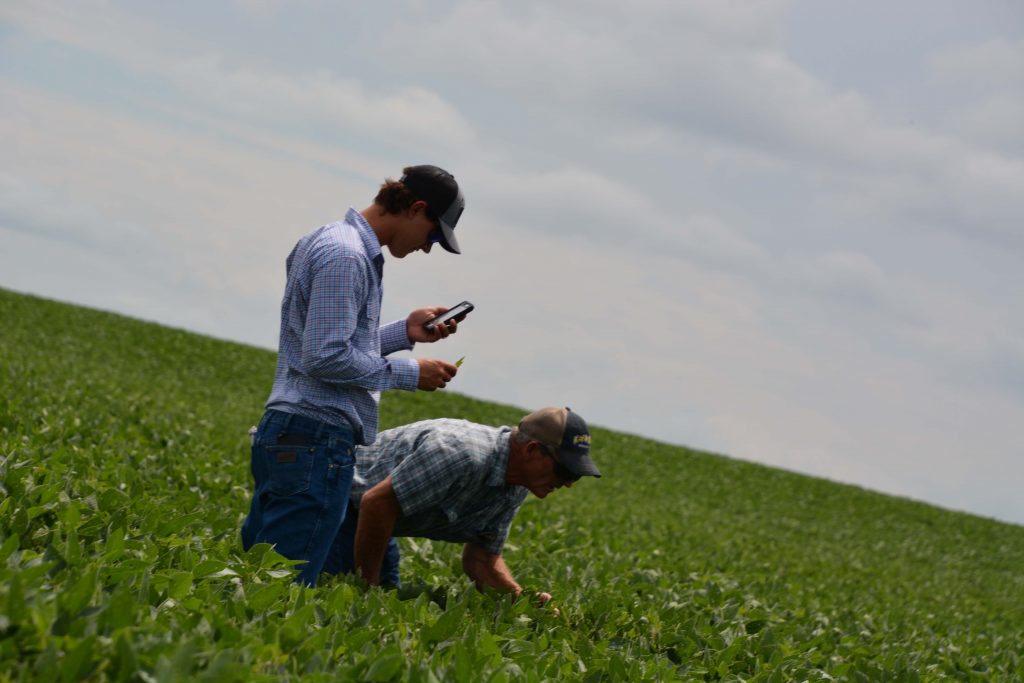 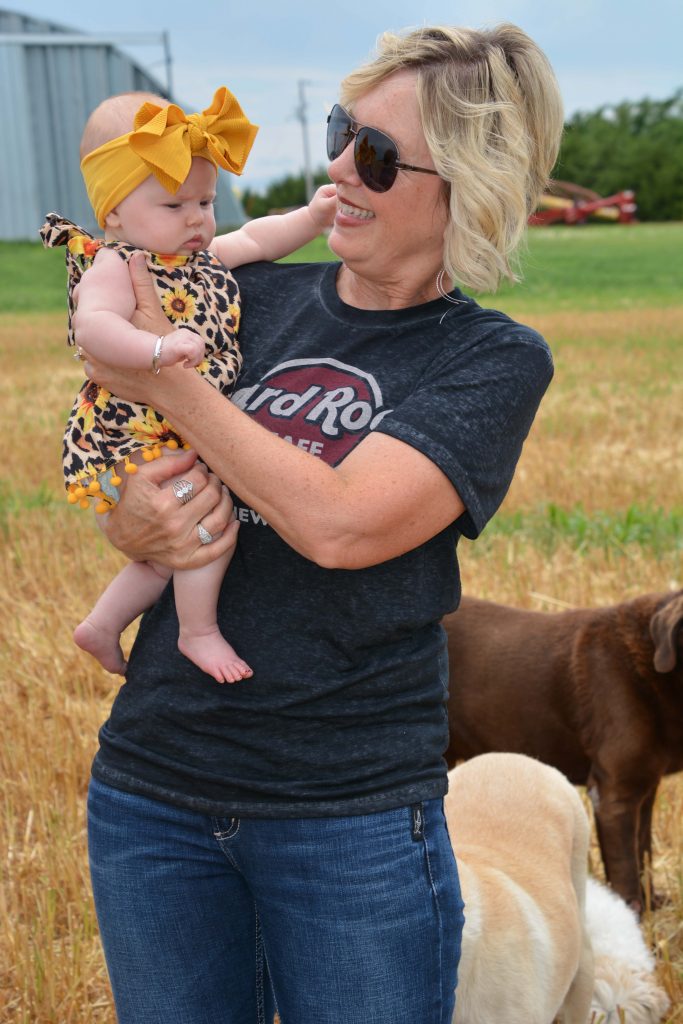 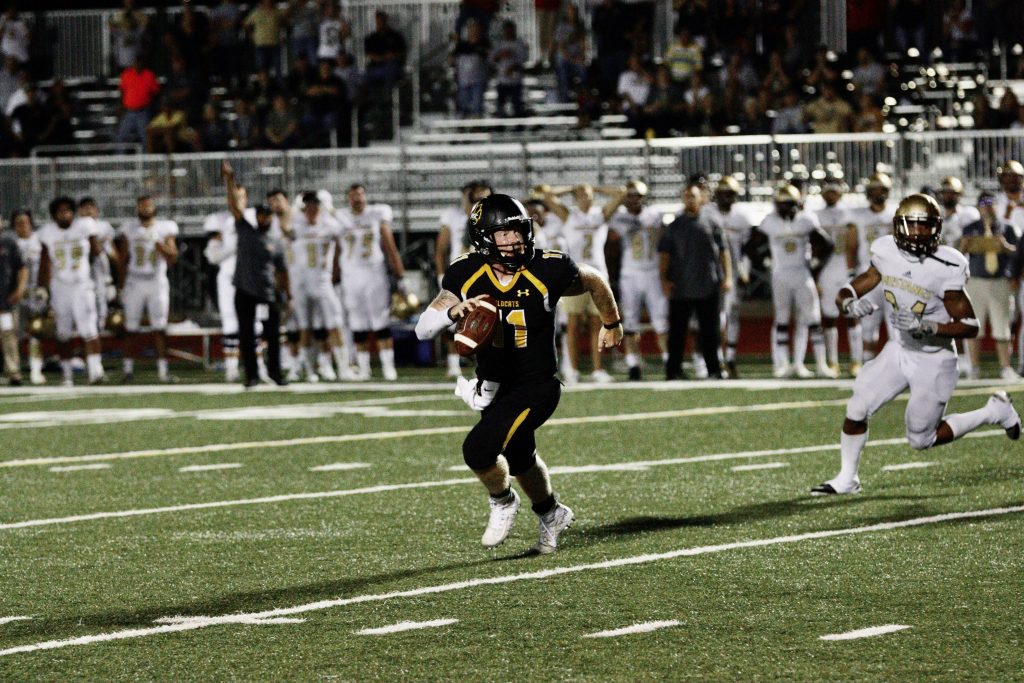 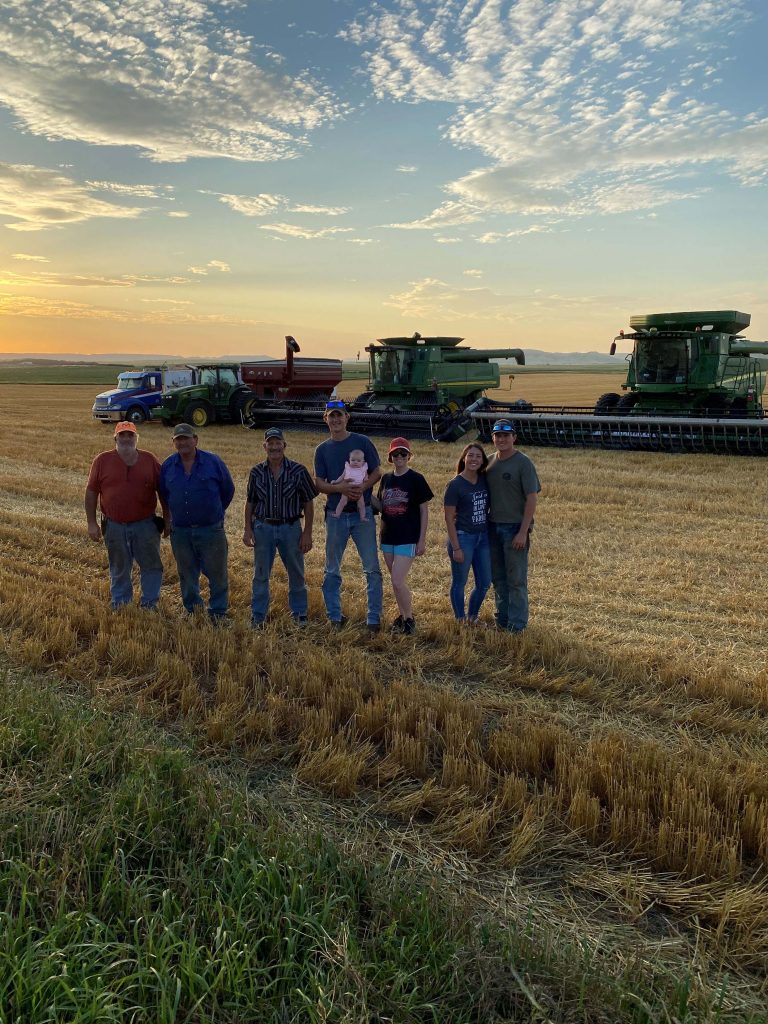 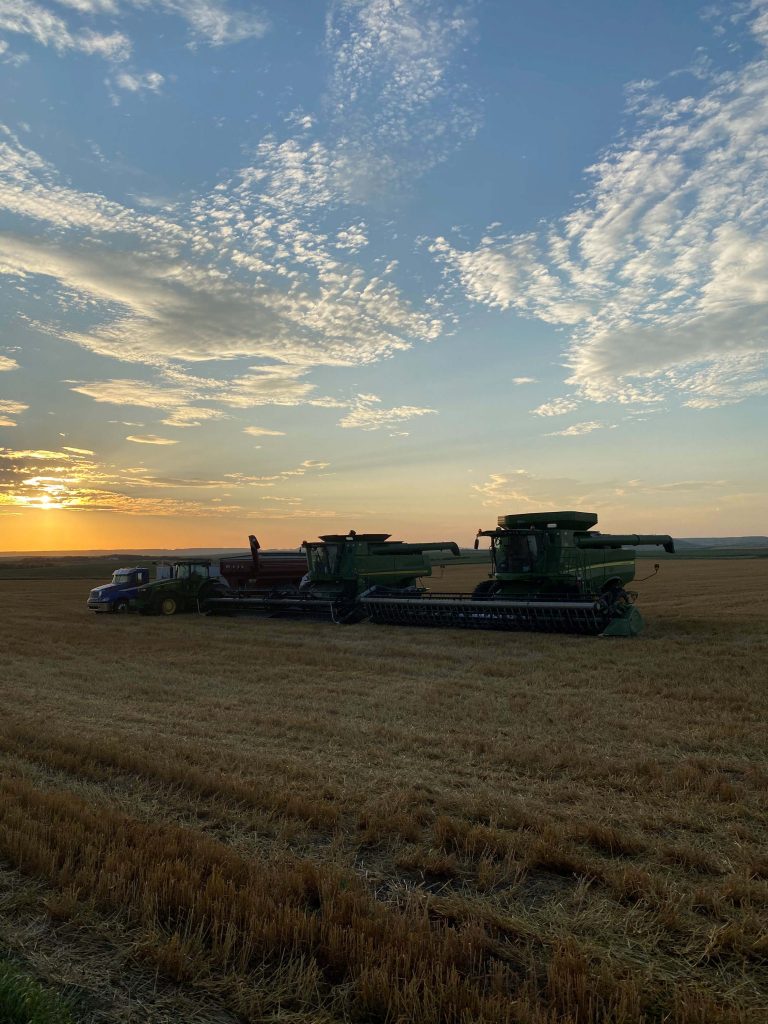 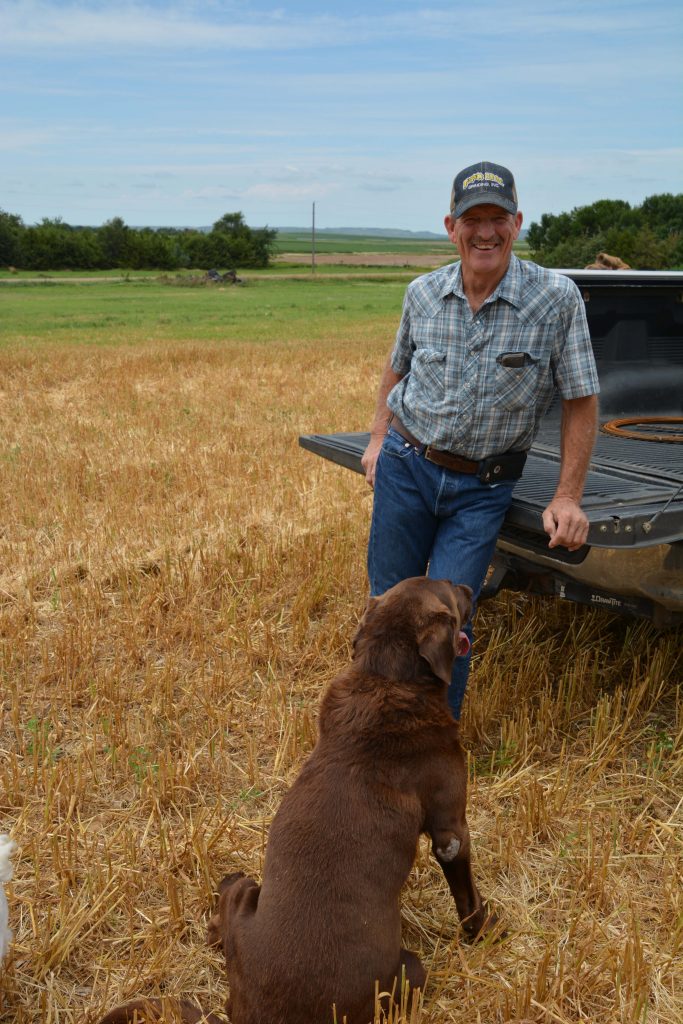 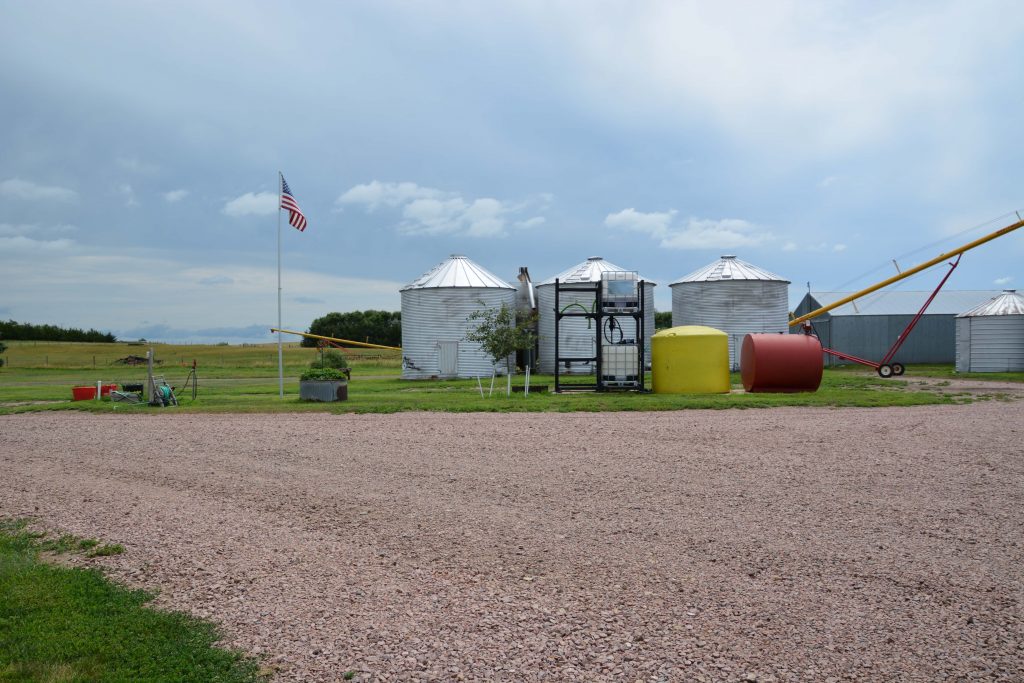 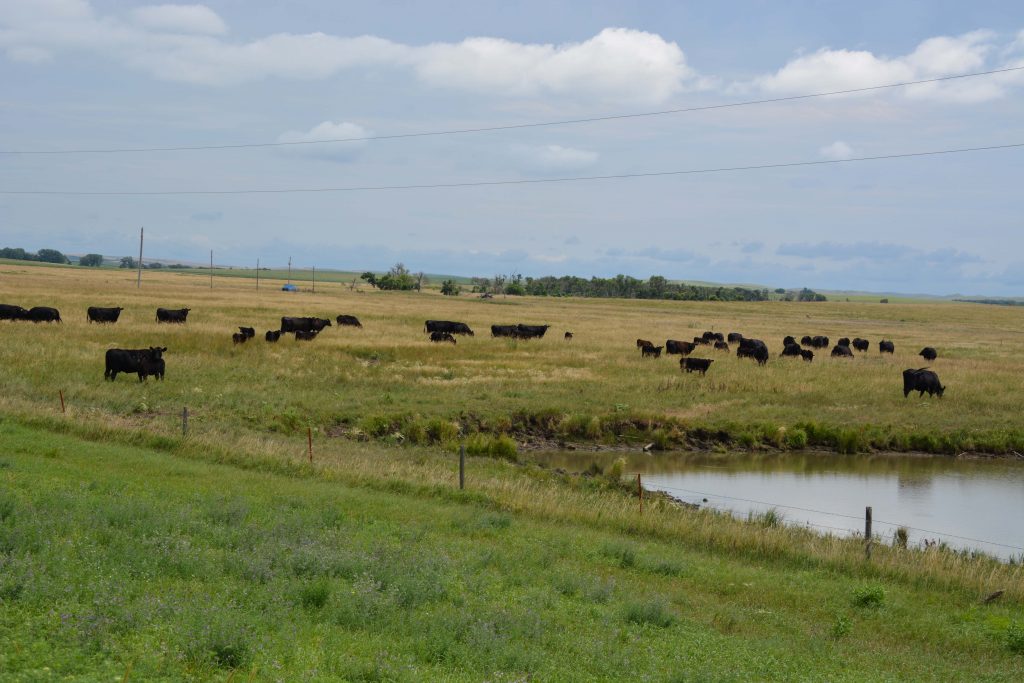 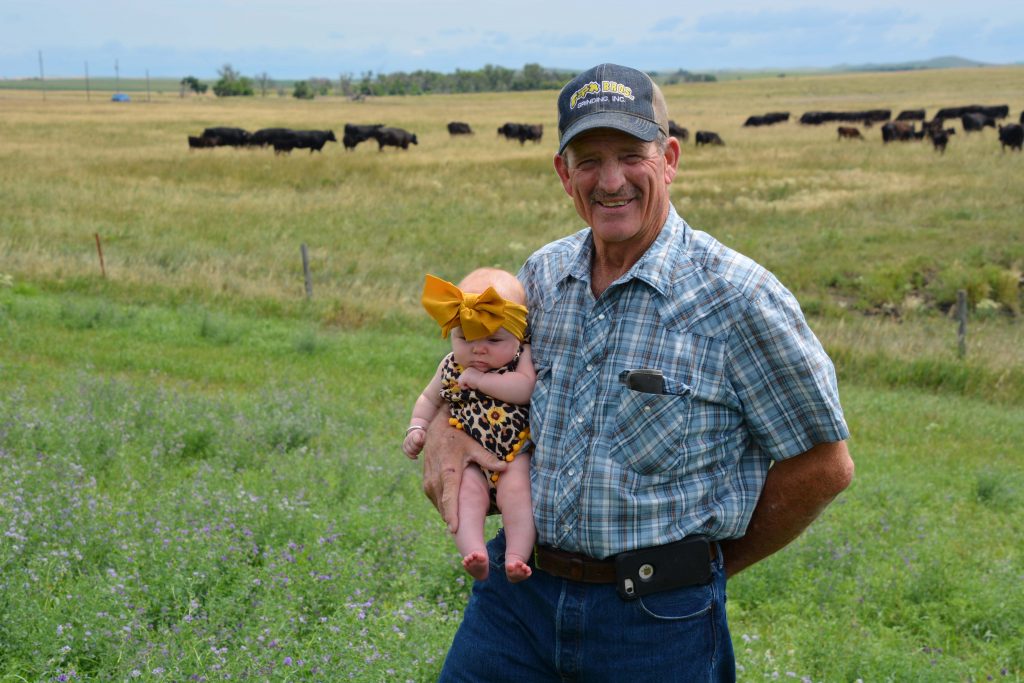 “It’s important to have a good team because we do a lot and farm a lot of acres,” he says. “When you do as much as we do, there’s a lot at stake and mistakes cost a lot. For example, Larry has been here for 25 years and he knows what’s going on as well as anyone on the farm. This team lessens my workload, the more they know and the better they do, the easier it is for me to delegate.”

Farming 45 years, Steve says his farming practices have not always been quite as thorough as they are today. “When I was a young farmer, I would get one field in pretty good shape and it would yield well. But my other fields would get away from me.”

He says much of his philosophy on farming comes from his mentor, Frank Putz. Putz was a local farmer and family friend Steve spent time working for. “Along with my father and mother, who instilled a lot of good characteristics in me that I ignored as long as I could, Frank had a pretty profound impact on how I do things today,” Steve explains. “By that I mean, you gotta carry a job through to the bitter end and every square inch of land you plant, you have to give it maximum opportunity for yield.”

During the drought of 1976, Steve says because of his methods, Putz had a crop to harvest when most did not. “It was the driest year that we probably ever had – even drier than the ’30s. But because of his experience, his knowledge and techniques, Frank still had a small crop,” Steve recalls. “I never had a combine on the farm that year. That was my debut in the farming industry, so I found out it can be a struggle.”

Farming can be a struggle, but Steve is quick to point out there are so many things to love about what he refers to as his dream job. “From the time I was old enough to remember, this is the career that I wanted. I am pretty much living a dream,” Steve says. “I enjoy the new life associated with farming. With each season of baby calves you get to experience new life, or when I see a grain of wheat die and produce a hundredfold – to this day I get satisfaction from driving by a field that I planted and cared for and it looks nice and has bountiful yields.”

Taylor and Preston mirror Steve’s passion for farming. “I love the challenge,” explains Preston, who splits his time working full time as a swine herdsman for Pillen Family Farms and with Taylor and Steve.

Taylor says she always knew she enjoyed the work both of her parents did. So, after college she returned home to work with Steve on the farm.

“I had always pictured moving back,” Taylor says. “I like being outdoors and in nature. I like haying season and the factor that weather throws into it.”

Throughout the spring, fall and winter, Taylor typically spends the weekends working off the farm with her mom Karli. Together they run the clothing, jewelry and handbag business, Karli launched in 2007, Dazzle for Days. A pop-up boutique, Karli and Taylor set up at large shows like the Denver Stock Show; Black Hills Stock Show and the South Dakota State Fair.

“We enjoy providing a full-service experience,” Karli explains. “We help customers pick outfits that look good on them. Our customers say they appreciate it because when you go to a store these days you can barely find someone to check you out.”

As an in-person boutique, COVID-19 greatly impacted their business because shows cancelled. They hope to open up again at the 2020 South Dakota State Fair.

During typical times, Dazzle for Days fits well with the farm schedule. During the work week, Taylor helps outside while Karli spends her days doing a variety of tasks.

“I take care of all the food here on the farm, run for parts and move people around, so it’s a good thing this business allows us to be here on the farm during the week – we don’t want to leave the guys alone on the farm too long,” says Karli, who explains preparing dinner for five-plus a day is no small task.

“The best part of all of it, is they come in to eat at different times. That’s what I really love,” she jokes. “We get done eating, then Larry comes in. Then Preston comes home from the hog farm. Some days I feel like I have ADD (attention deficit disorder) because I have a million things started and I keep getting interrupted.”

Kidding aside, Karli says she wouldn’t have it any other way. “I love this life. I love not having close neighbors. I wouldn’t want to live 3 feet from someone else. I love the fact that I could raise the kids on the farm. They could run around the farm and I didn’t have to worry about them. I like the quiet.”

Now that her children are grown, she loves that Taylor returned home to work with her and Steve. And she values the time she gets to spend with her first grandchild, 3-month-old Stevi Janine (named for her grandpa Steve and sharing a middle name with her mom, Grandma Karli and great-grandma.)

“I love all this baby-holding time and snuggling. I love everything about it. I get to see her every day that they come over. It is just fantastic,” Karli says. “It is amazing how fast they grow, she is already smiling and laughing and trying to talk. Taylor even takes her in the grain cart with her.”

Along with Taylor, Steve and Karli have two other grown children, Baili and Andy. Both say growing up on the farm provided them with skills they use daily in their current careers.

“Dad always taught me to finish things that I start and if you are in the middle of a tough task, you have to figure it out and not quit,” explains Baili, who is a flight attendant for United Airlines.

She believes the fact she knows a second language – Spanish – along with her work ethic and can-do attitude helped her secure a position in a career that is quite competitive. “They say it is harder to get a job as a flight attendant than it is to get into Harvard,” she says.

Baili was hired on her first try. “I like to travel and I like people,” says Baili, who is currently on leave due to the COVID-19 pandemic. “In this job, I am faced with a lot of difficult situations. Now, I actually miss dealing with complaining customers and problem solving. I miss all of it.”

Like his older sisters, the youngest McCance, Andy, says seeing a task through and understanding what hard work is, are skills he gained growing up on the farm. “Farming is hard work, so I guess I’ve been doing hard work forever,” explains the 21-year-old quarterback for the Wayne State College Wildcats.

Majoring in sports management, Andy hopes to put his education and athletic career to work coaching college football. “Football has been my passion since I was 5 or 6, playing recess ball.”

With the goal of playing college football in mind, throughout high school he would practice two or more hours a day. He says his parents have provided him support every step of his journey. “My mom and dad are at every game,” he says.

For Steve and Karli, family comes first. “One thing we would never do is miss my kids’ activities,” Karli says. “Sports, youth group or band, if we missed one thing their whole time that would be shocking. We are always busy on the farm, but Steve would always stop to go to games. You just have to. Maybe you just work a little harder the next day or Steve would go back to the field after the game.”

Steve adds that it means so much to him that Taylor and Preston are eager to continue the farming legacy.

“We are elated. Preston is a very hard worker, he is coachable. We have built a really good relationship and respect each other,” Steve says. “I have a 5-year retirement plan.”