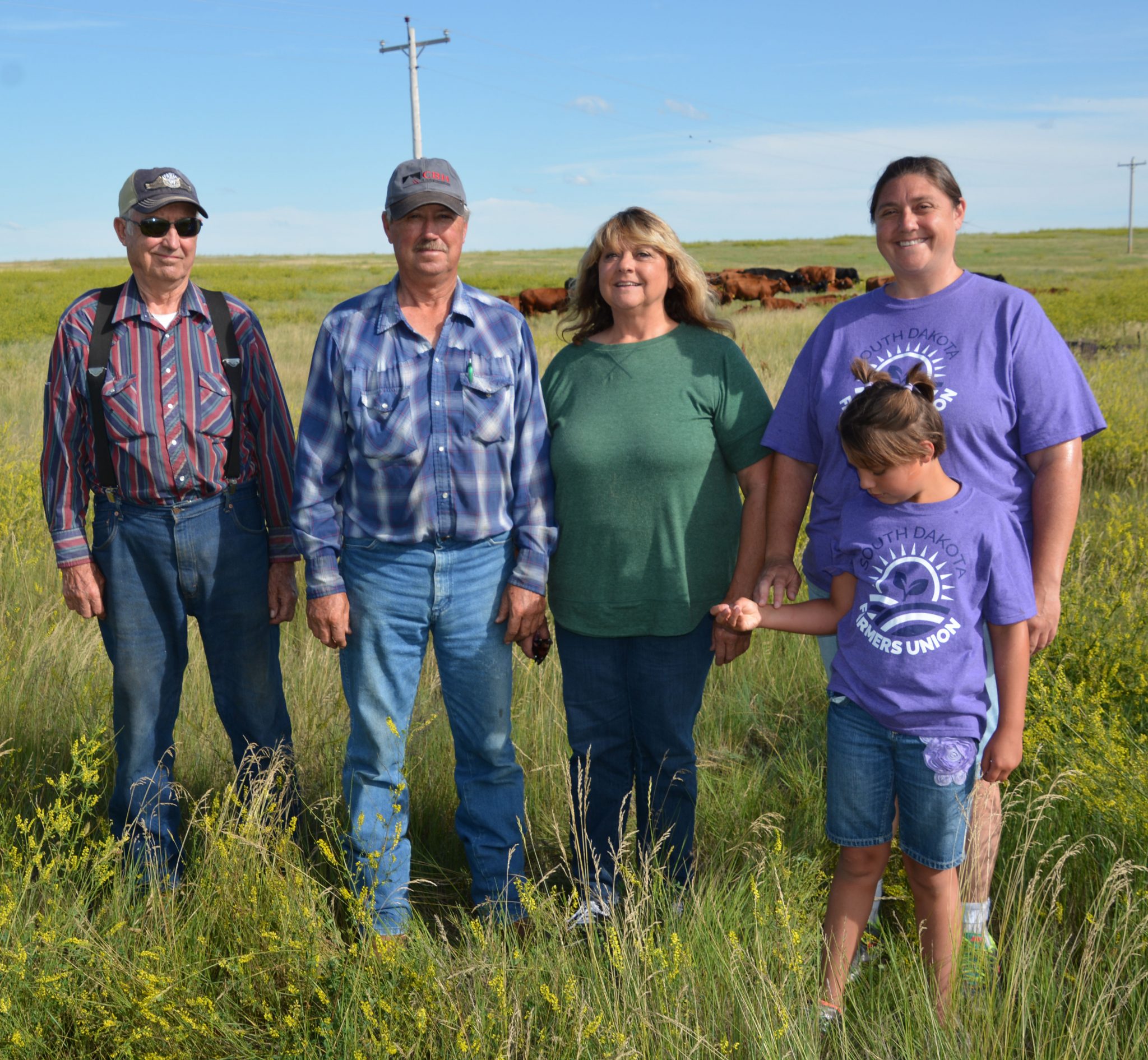 There was a time, when his dad was growing up, that there were a lot of Harwoods ranching in Meade County. The family’s roots go back to early 1900s homesteads. Today, Steve Harwood is the last Harwood ranching.

And it’s not because he’s had an easy go of it.

“We about starved to death in the ’80s,” Steve says. He recalls the spring storm that wiped out 75 percent of his calf crop. It was the calving season of 1984. He had just invested in several heifers, expanding the cow herd he’d been slowly building since childhood. “The loan was 18 percent interest, and the bank made you renew the loan every six months. I had to borrow to pay the interest. You wonder how you kept going?”

“There were a lot of young couples out here who had to leave during that time,” adds Steve’s wife and ranching partner, Deb. Together, the couple raised three children, weathering the ups and downs on their Union Center ranch. “Steve is a good manager,” Deb says. “He is very good with budgeting. He knows what his expenses are.”

But even a good manager has a tough time making ends meet in the current cattle market. “We sold our steers this fall, and they were $100 less than last year. I heard some guys received even worse prices than that,” Steve says. “I try to figure out where to cut expenses, but it’s getting to a point where a guy is operating as thin as you can. In a year like this year, you go backwards, that’s what happens.”

Having weathered fiscally-challenging years before, Steve is most concerned for young producers. “The problem is widespread. I know we are not the only ones having problems. It does make you worry about what the bankers are thinking because the problem is so widespread, you know they will be a lot stricter with loans.”

In addition to the markets, the weather hasn’t cut him any slack either. “There were several blizzards during calving season, snow and rain, it was just wet. We lost a lot of calves. It was one of our worst calving losses we have ever had,” Steve says.

And the rain kept on falling, making summer 2019 unlike any he or his dad, Richard, 86, have ever experienced. “I never saw anything like it,” says Richard, a third-generation rancher who helps Steve with daily feeding. “Between the moisture and the prices, plus taxes and repair costs, this last year has been one of our toughest.”

So, what keeps the Harwood men ranching? “I enjoy working with the cattle. It is something different every day,” Steve answers.

Focusing his cattle genetics on calving ease and disposition, Steve also manages his cattle to best care for the many acres of rangeland they graze throughout the growing season. “We graze each pasture a bit differently or at different times of the season to manage the grasses, so you don’t get too much of one type of grass.” How often he moves the cattle from one pasture to the next, largely depends upon moisture. Relying on wells and dams, in drought years, he and Deb have to haul water.

Because not all their pastures are together, like their ancestors before them, they end up trailing cattle at times throughout the summer, moving them from one pasture to the next. Depending on whose land they need to go through, they will either trail them through other rancher’s pasture, or on roads. “We help each other out. We have ranchers go through our pastures too.”

Working cattle, managing grasslands and putting up hay is what he’s done since childhood. “I was 5-and-a-half when I started raking hay. As far as I can remember, Dad put the little Ford tractor in gear and showed me what the clutch was and the throttle. I loved it. Even today, I like working in the hay fields.”

His daughter, Tamie Fahrenholz, shares her dad’s passion for ranch work. Even though she and her husband, Tim, live and work full time in Rapid City, whenever they can, the couple make the hour drive back to help on the ranch. “There’s a huge difference between doing this and what I do in town. Coming out to the ranch is a nice way to get away from the chaos of other people and the chaos of town.”

She also likes sharing the ranch way of life with her daughter, Samantha. And, as often as possible, her other siblings, Amie and Shawn and their families make the trek as well. “I think working out here taught us all a good work ethic,” Tamie says.

Growing up, Tamie and her siblings were also actively involved in 4-H and attending South Dakota Farmers Union camp. When her kids were young, Deb served as the County Education Director and helped organize the camps. “I always say I married into Farmers Union,” Deb says.

She explains that Steve’s parents, Richard and Pat, were active Farmers Union members, so Steve and his siblings all participated in the youth leadership programming Farmers Union offered. Steve received the Torchbearer honor in 1975, and Tamie and her siblings did as well. All three children received the Torchbearer honor and today, Tamie carries on the tradition, serving as the District 5 Education Director.

Steve and Deb say they have remained active in SDFU because, especially during tough times, it is good to know they have a voice. In 2018, the couple traveled to D.C. to visit with congressional leaders and staff about the challenges facing South Dakota’s ranchers. They asked for country-of-origin labeling.

“If we don’t push for policy changes that will help cattle producers, it won’t happen,” Steve says.

To view more photos of the Harwood family, visit www.sdfu.org and click on the About Us tab. 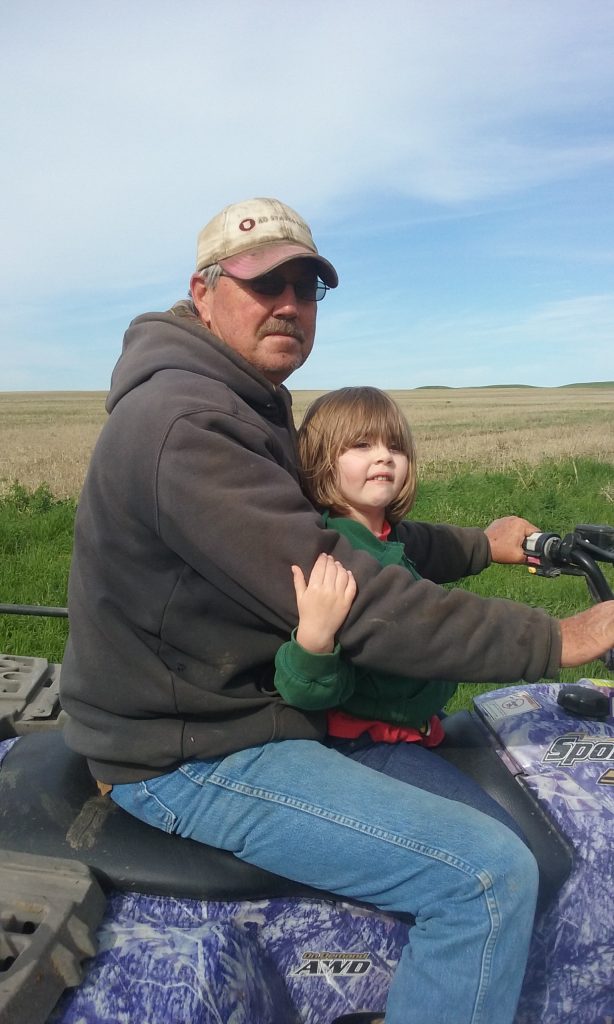 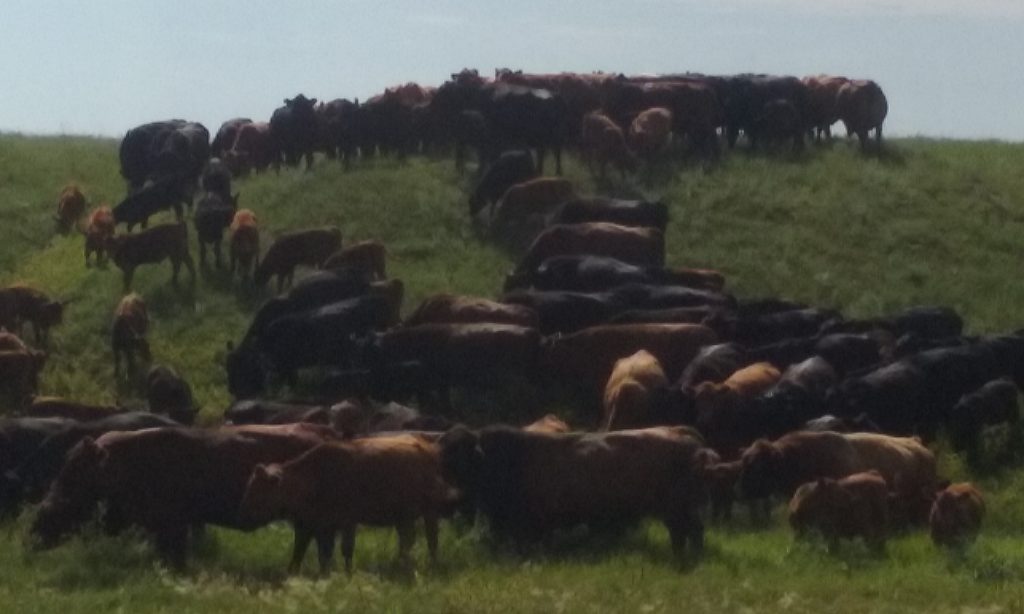 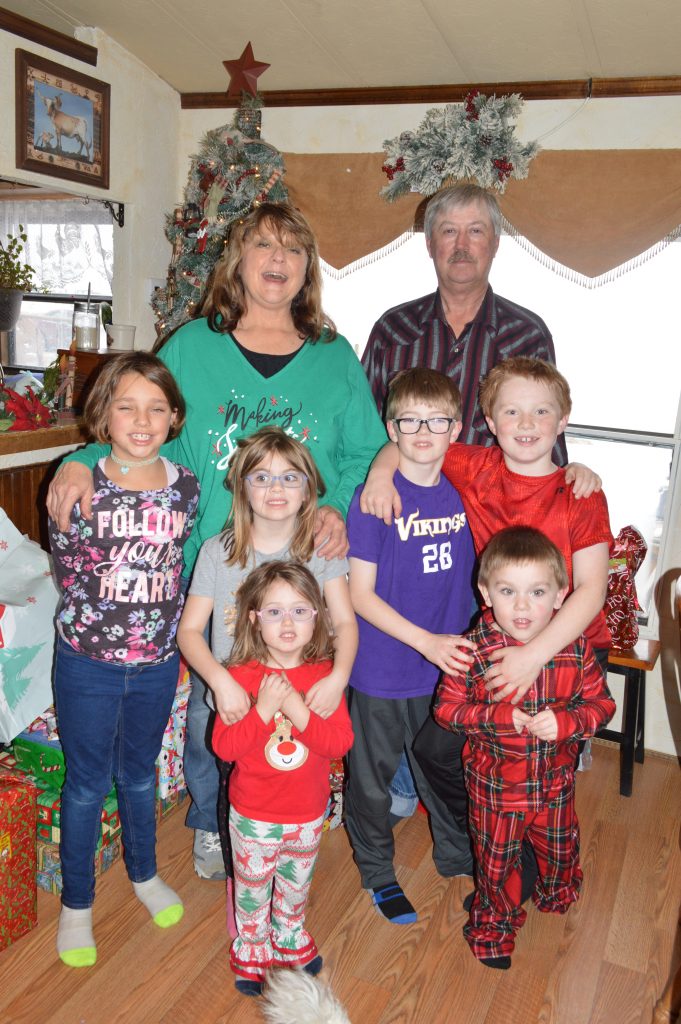 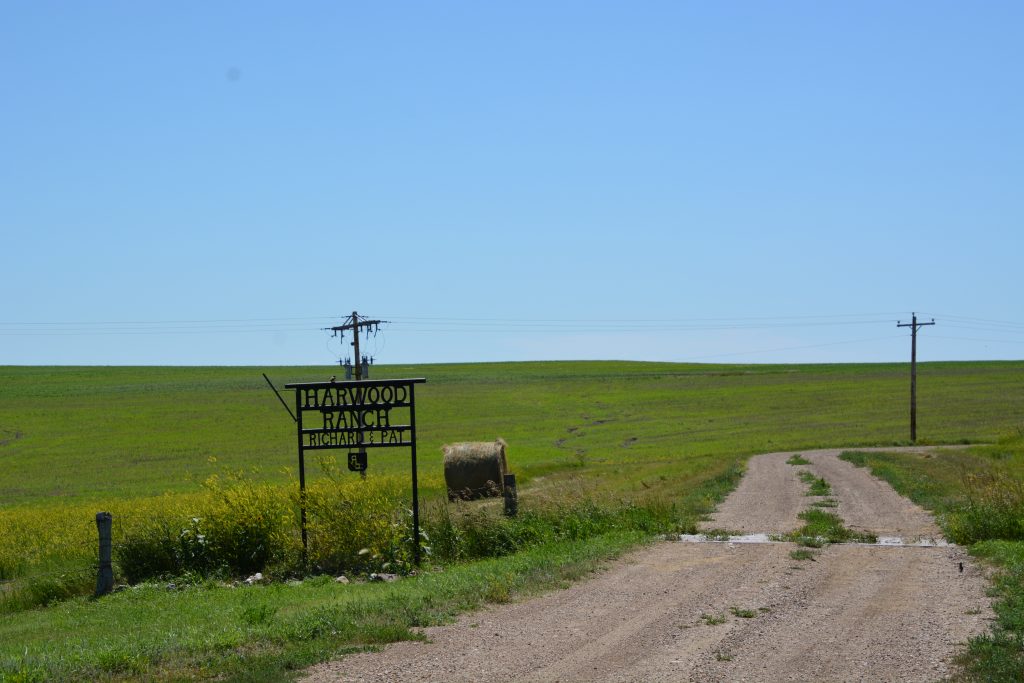 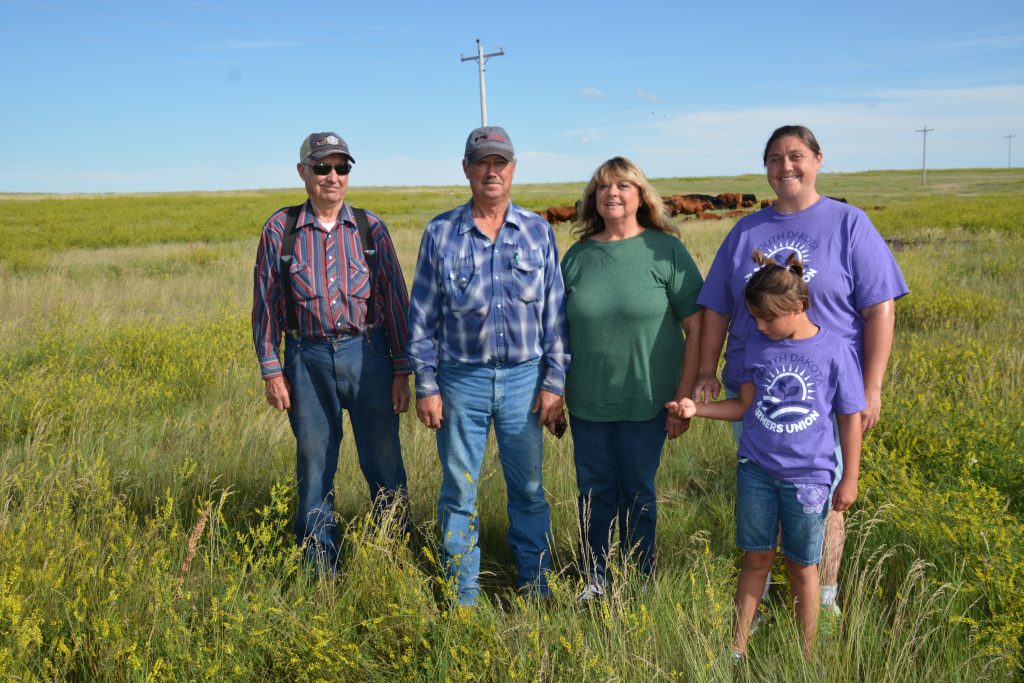 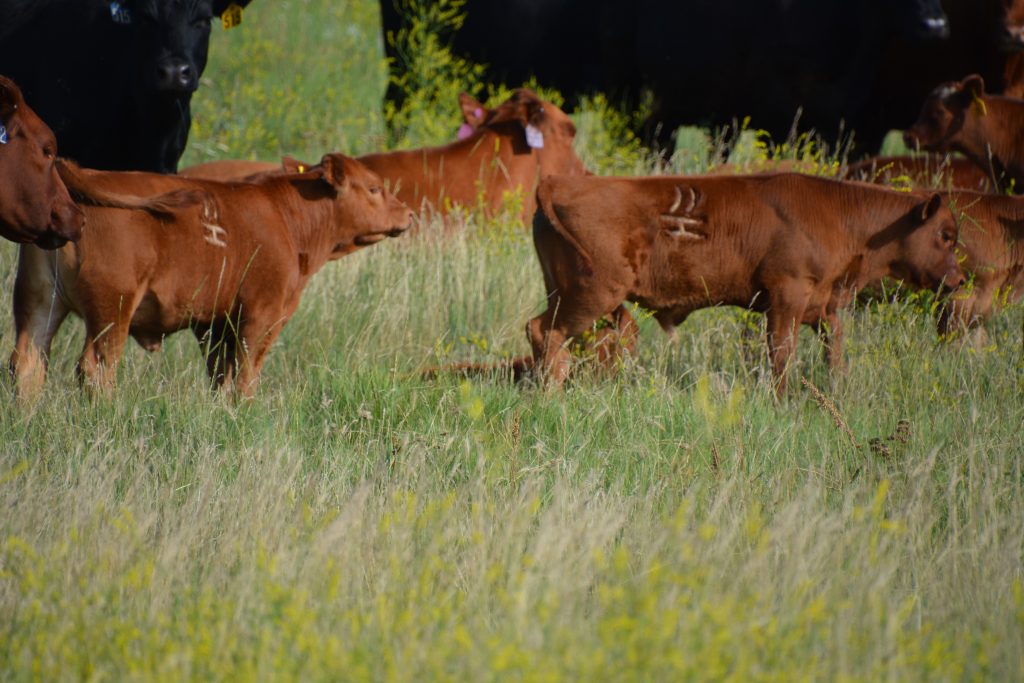 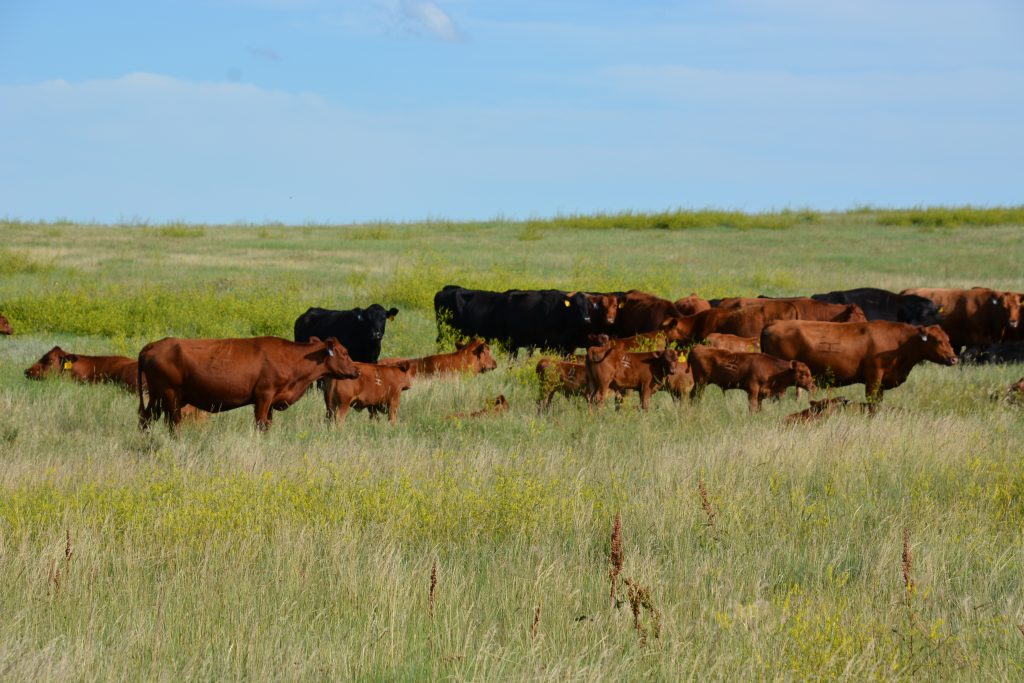 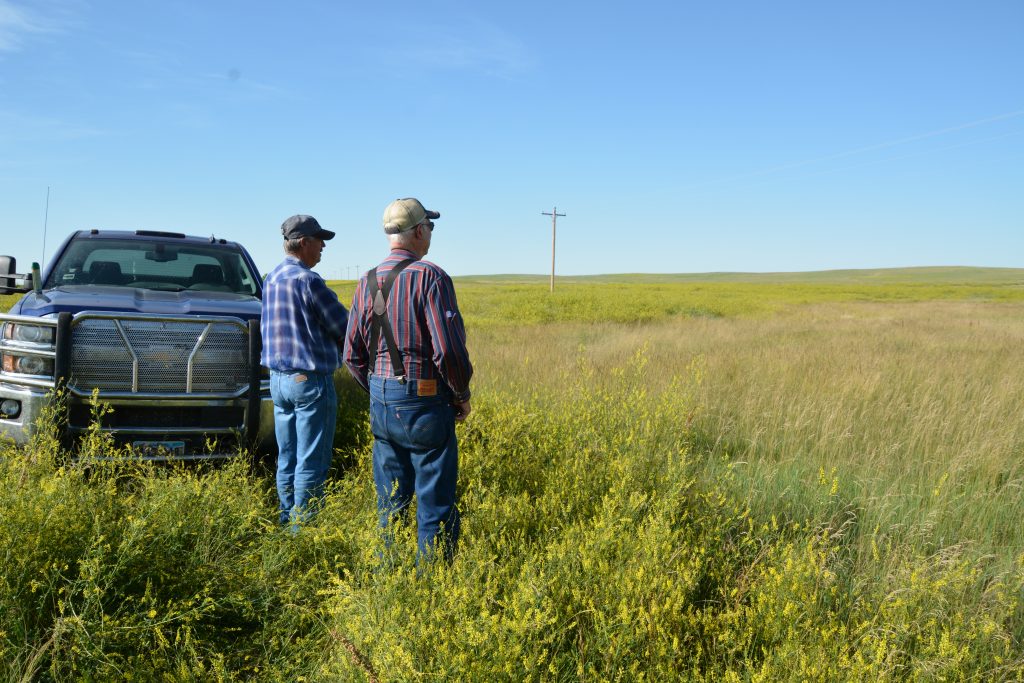 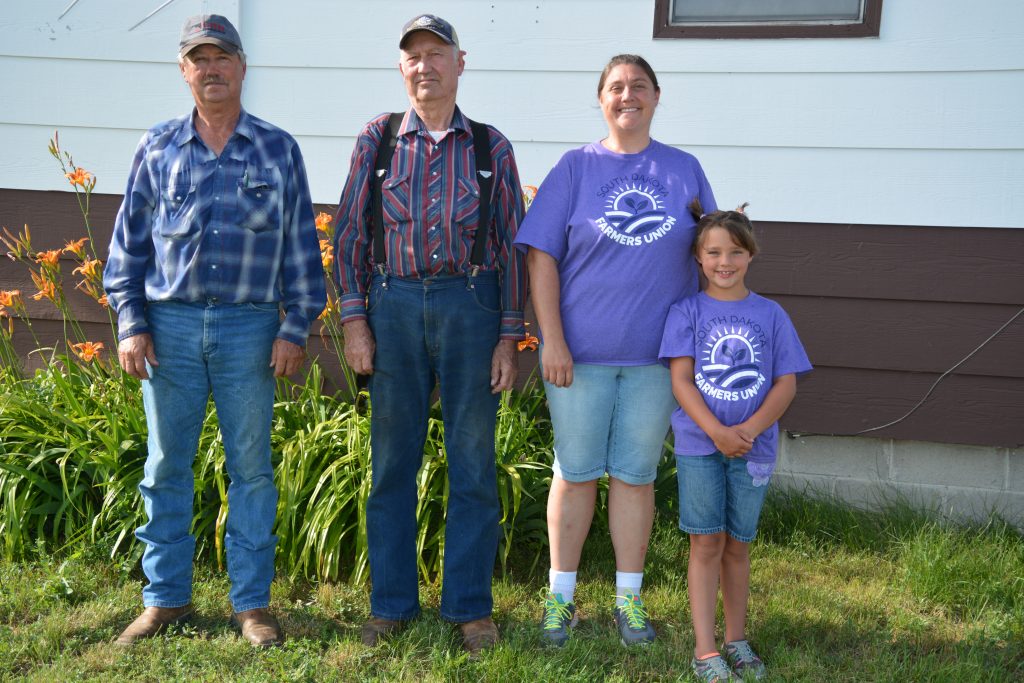 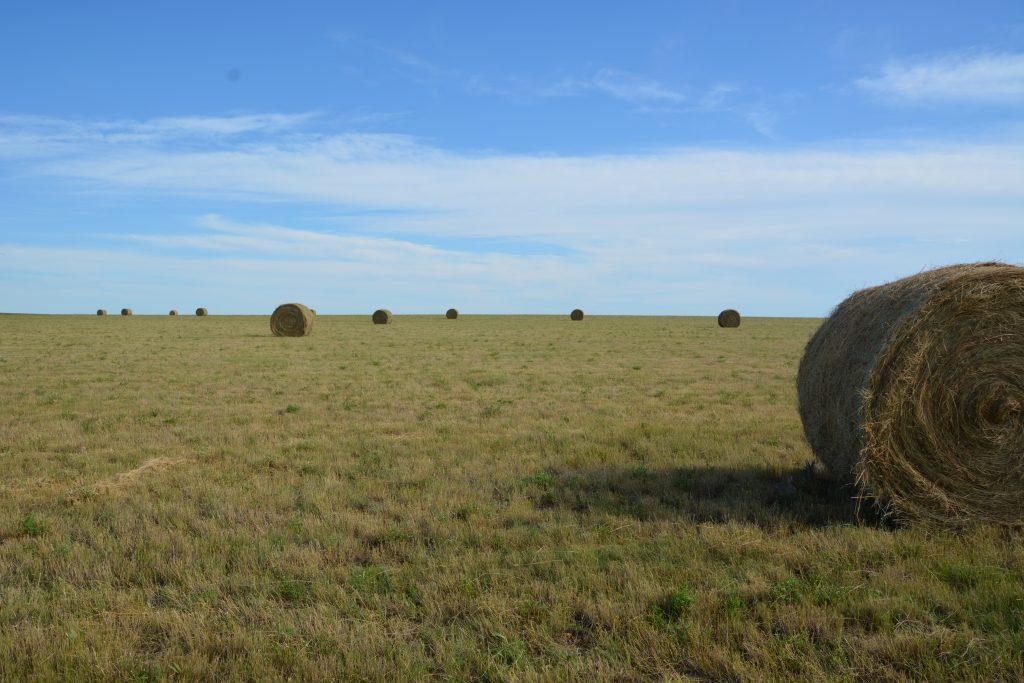 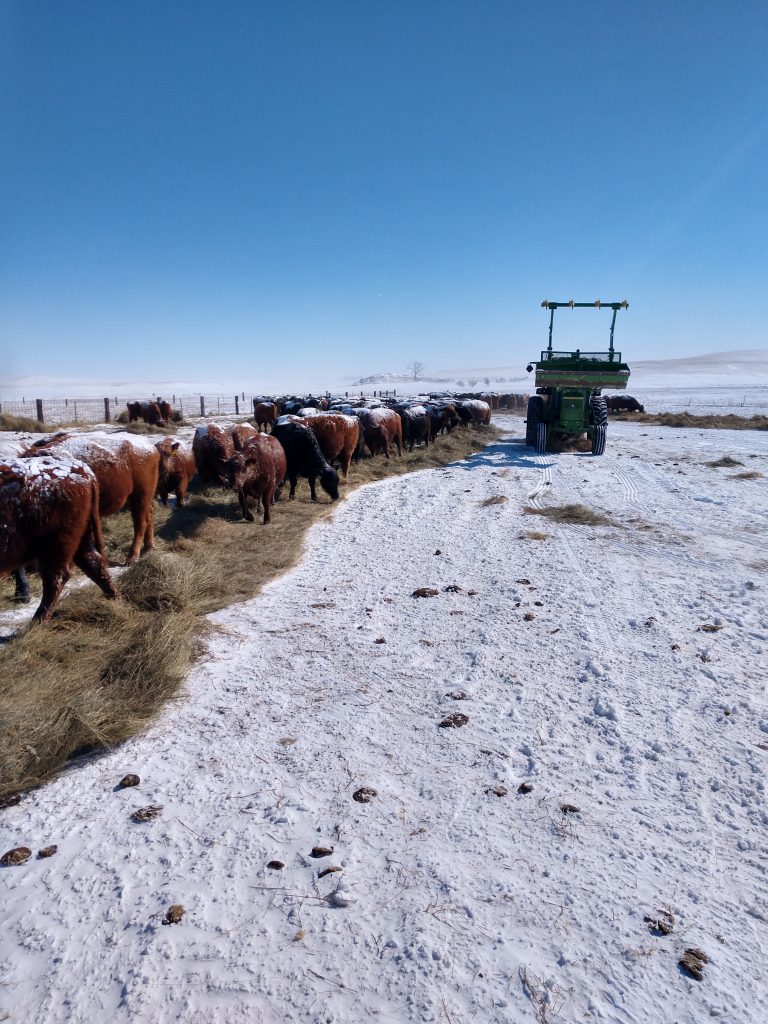 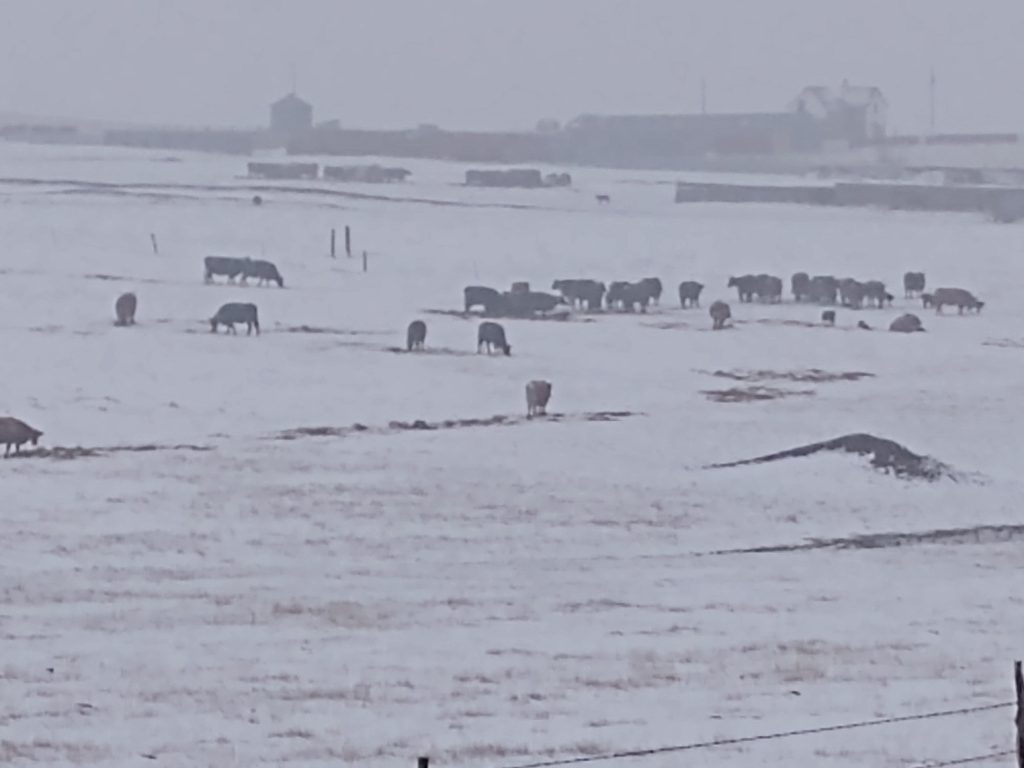 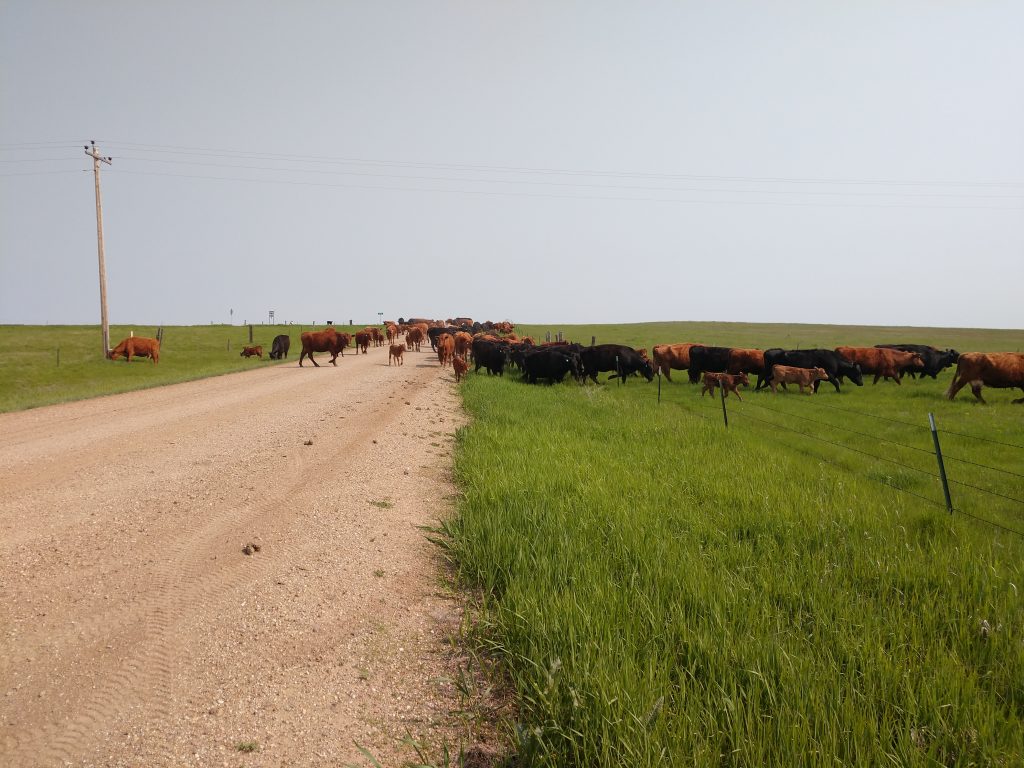 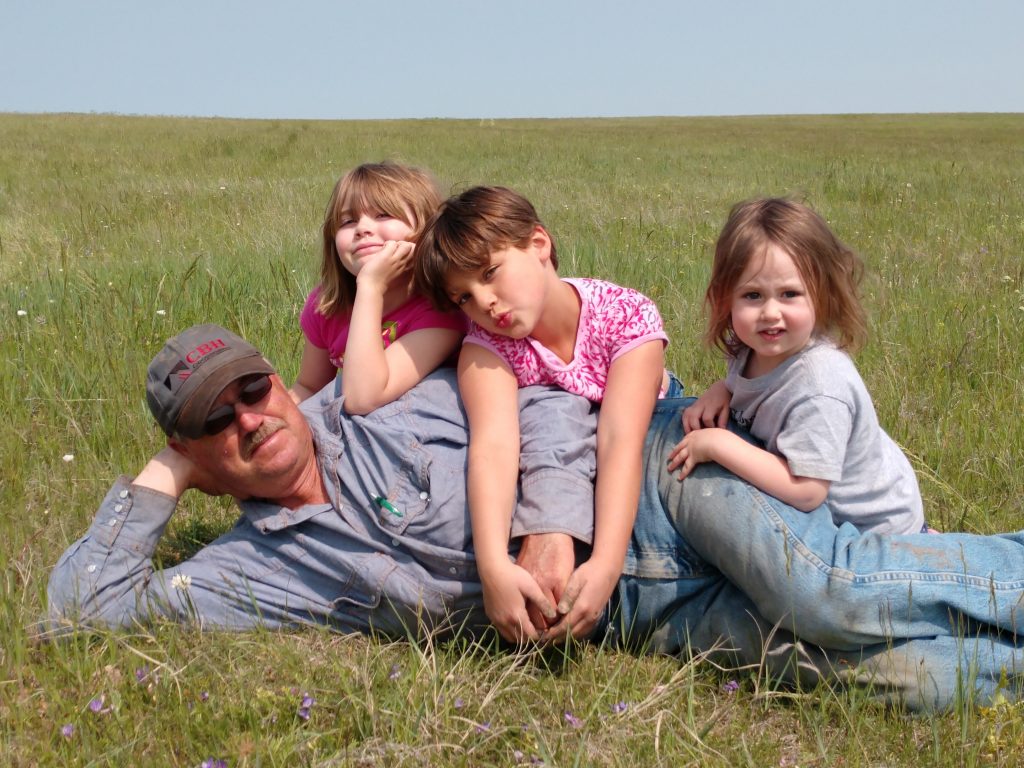 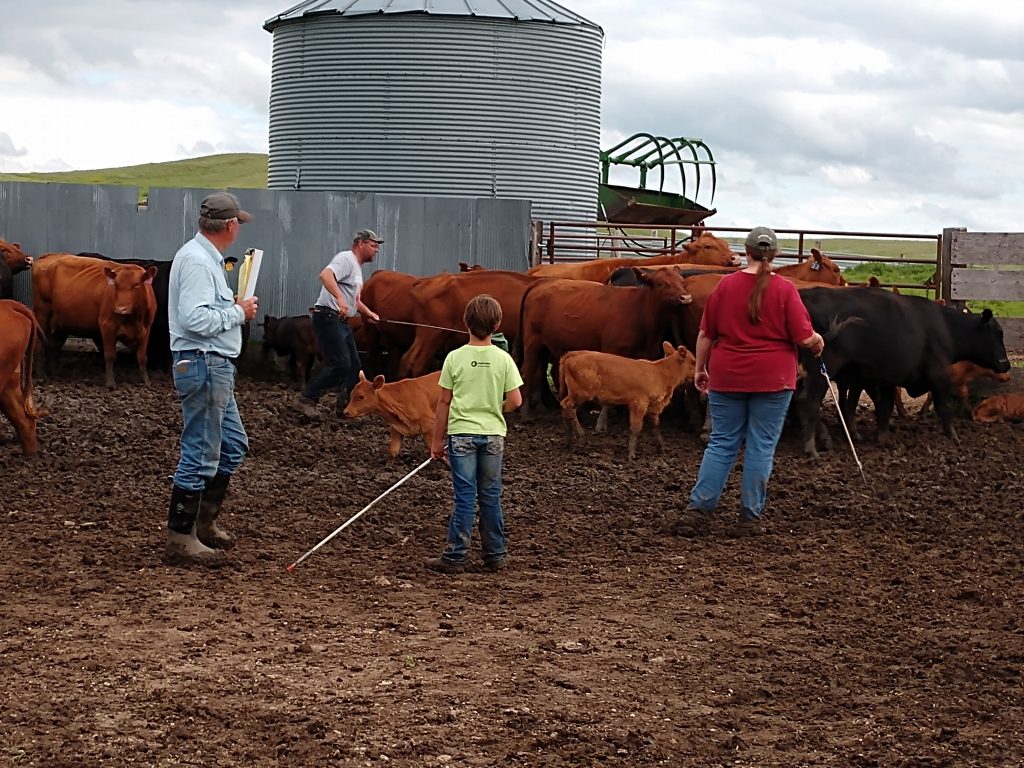 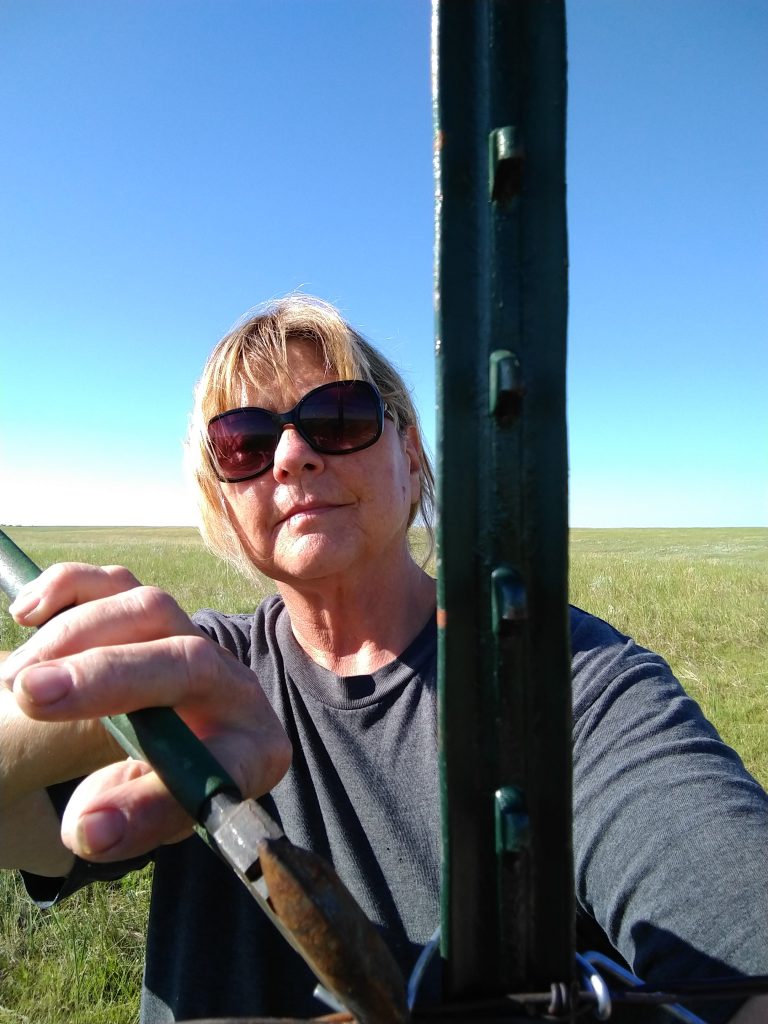 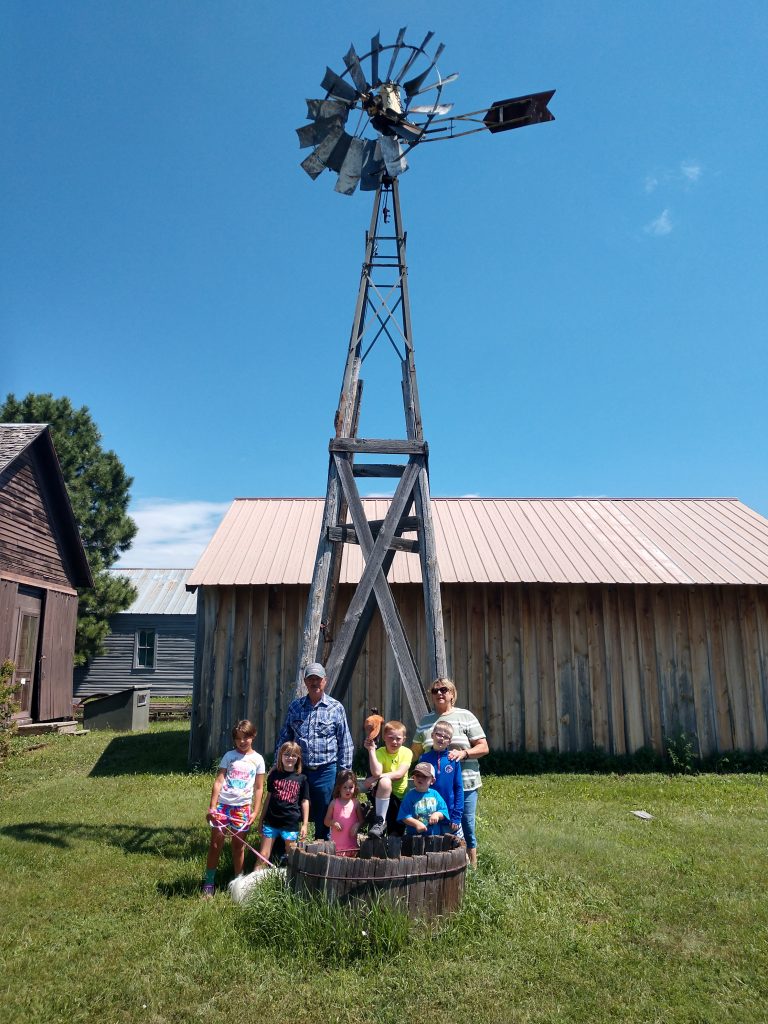 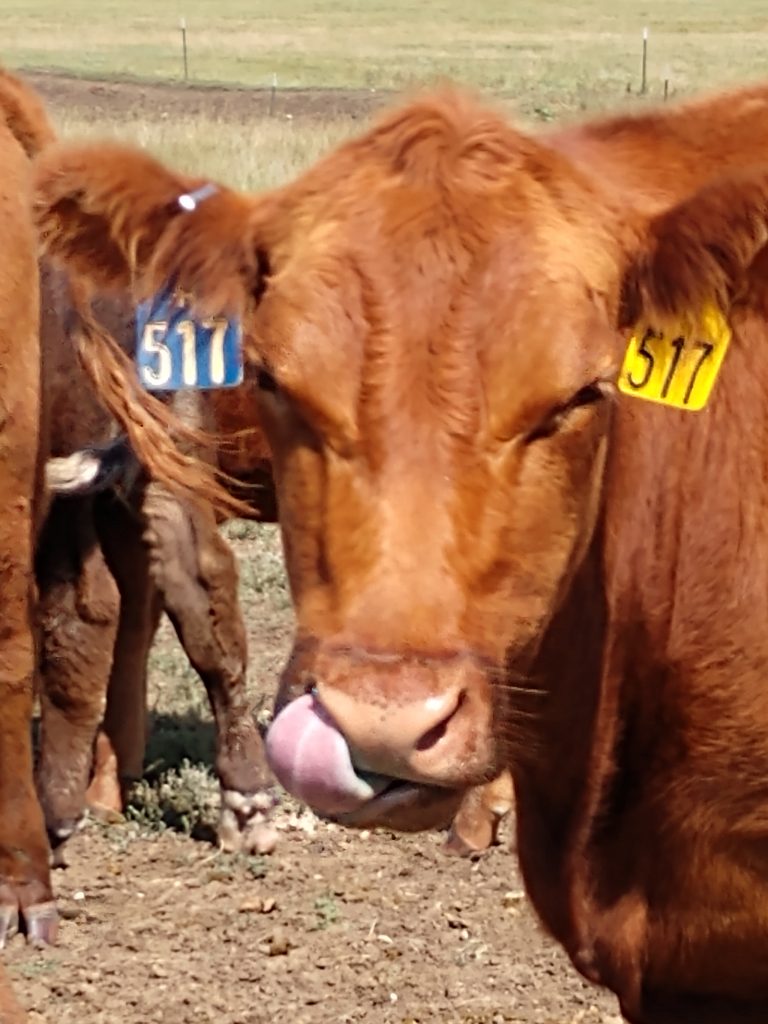 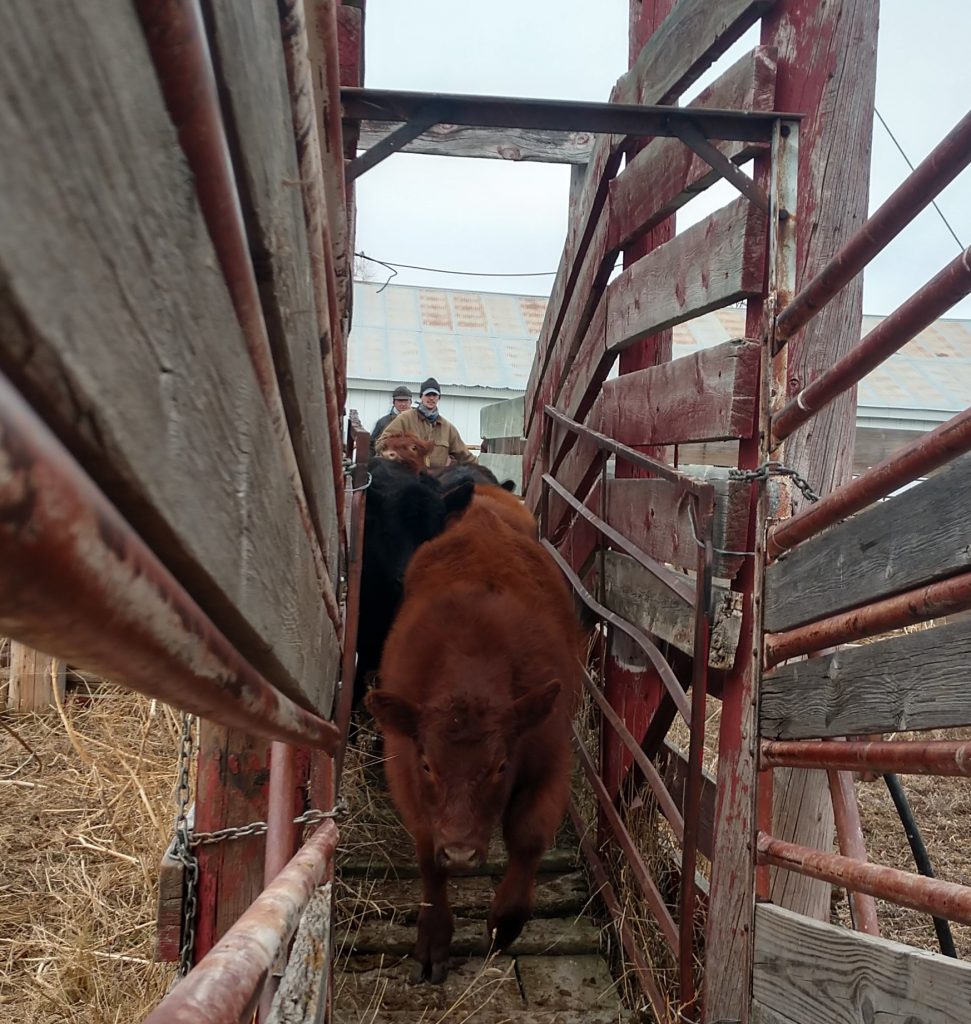 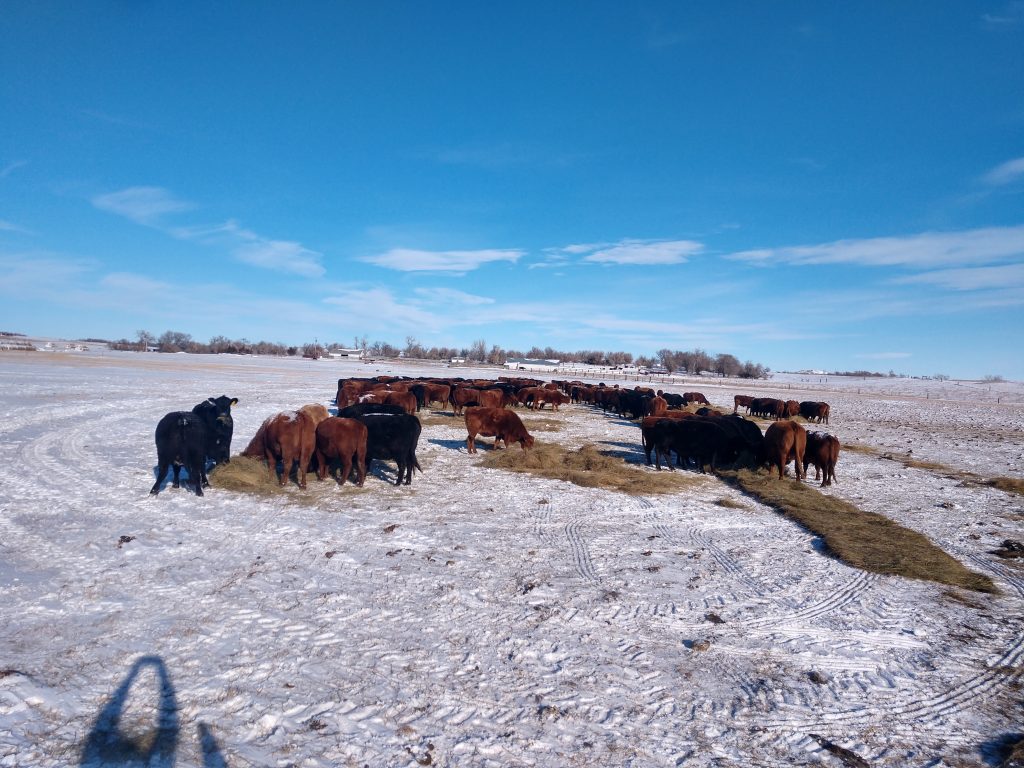